The clock is ticking for Anmore Green Estates to connect its 51 homes to the regional sewer system in Port Moody after its septic system failed more than three years ago.
Jan 22, 2021 4:03 PM By: Mario Bartel 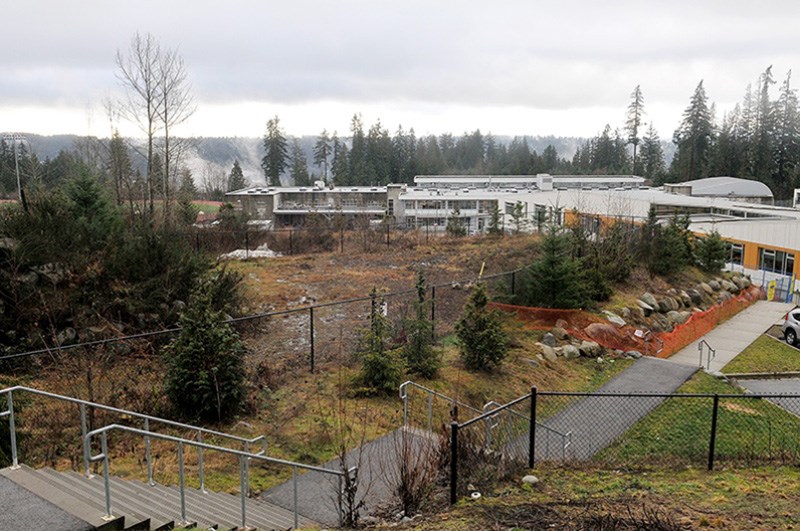 A failed septic system above Eagle Mountain middle school has been leaching water contaminated with fecal coliform and E coli for more than three years.FILE PHOTO

The strata at Anmore Green Estates has been issued a warning letter by the Ministry of Environment after it failed to submit a schedule to connect its 51 homes to the regional sewer system in nearby Port Moody.

But residents say they’re working hard to put a plan in place that would fulfill the ministry’s requirement to have the connection completed by April 5.

Brandie Roberts, a spokesperson for the strata, said an engineering firm has been engaged, funding options to pay for the connection have been determined, and the strata is in the process of scheduling a meeting of homeowners to approve the plan. But she admitted the timing could be tight as agreements with School District 43, the city of Port Moody and the village of Anmore have yet to be finalized.

Roberts said Anmore Green residents are looking forward to a resolution to the problem of its failing septic system that was confirmed more than three years ago when water contaminated with E Coli and fecal coliform was detected during routine testing at the base of a hillside below the housing complex and right next to Eagle Mountain middle school.

Since then, the hillside has been fenced off to restrict access to the area that was often used by students as a shortcut to and from home.

“Our homeowners are frustrated and exhausted from this long, drawn-out process,” Roberts said, adding many of them have children attending the school.

Roberts said the strata is still awaiting draft agreements from the province so it can get a final estimate on the total cost.

In October, the strata agreed to pay SD43 $164,000 for access to the school’s property for construction of the underground connection, as well as administrative fees. She said the total cost of realizing the hook up will likely come in at about $750,000.

A spokesperson for the ministry said it recognizes the frustrations of the homeowners as well as the community.

“The health and safety students and people in the community is our first priority,” the spokesperson said in a statement emailed to the Tri-City News. “Ministry staff are monitoring the situation closely to ensure appropriate actions are being taken.”

If they’re not, the strata could face various sanctions up to fines or prosecution in court.

Roberts said she’s hopeful it won’t come to that.

“It is long past time to get this done.”