Another rental project for Port Moody?

After a 30-year dearth of construction of new rental units in Port Moody, the city appears to be in rental unit boom with another possible project on the horizon.
Jan 18, 2021 6:56 AM By: Mario Bartel 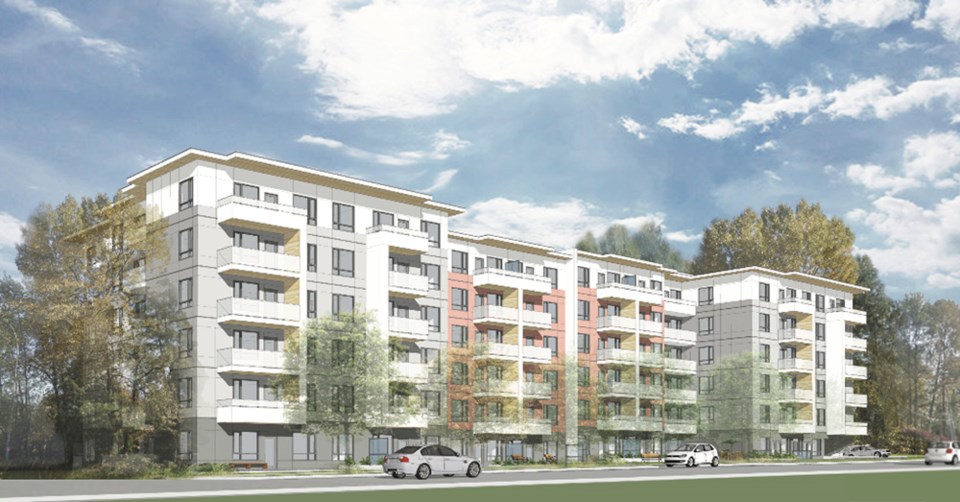 A rendering of a new rental building being proposed by PC Urban for Port Moody.PC URBAN

Tuesday, the Vancouver-based developer will present to council’s committee of the whole an early look at its plans for a six storey rental building just west of its current project that is under construction at 3370 Dewdney Trunk.

That complex includes five units to be rented at below-market rates to compensate for the displacement of five occupied mobile homes that used to occupy the property.

According to a staff report, there is no provision for affordable units in the new project, that will be comprised of 63 one-bedroom units and 70 two-bedroom apartments, some of them junior units.

Development planner Wesley Woo said the city has encouraged the developer to acquire four more properties between its two projects so it could possibly construct a taller, more dense structure as it’s only 190 metres from the Moody Centre SkyTrain station. But PC Urban said some of those owners aren’t interested in selling at the moment.

After a dearth of more than 30 years for the construction of purpose-built rental buildings in Port Moody, the city has reaped a bonanza of new rental apartments, including a 142-unit project by Woodbridge Properties that is nearing completion on St. Johns Street. As well, Edgar Developments is proposing to build 325 non-market rental units in the first phase of its planned redevelopment of the city’s Woodland Park neighbourhood and another 500 market and non-market rental units are part of Wesgroup Properties redevelopment plan for Coronation Park.