Anti-Asian bias is spreading throughout Canada’s largest cities during the COVID-19 pandemic, according to the results of a new poll by the Chinese Canadian National Council for Social Justice (CCNC-SJ).
Apr 28, 2020 8:53 AM By: Kirsten Clarke 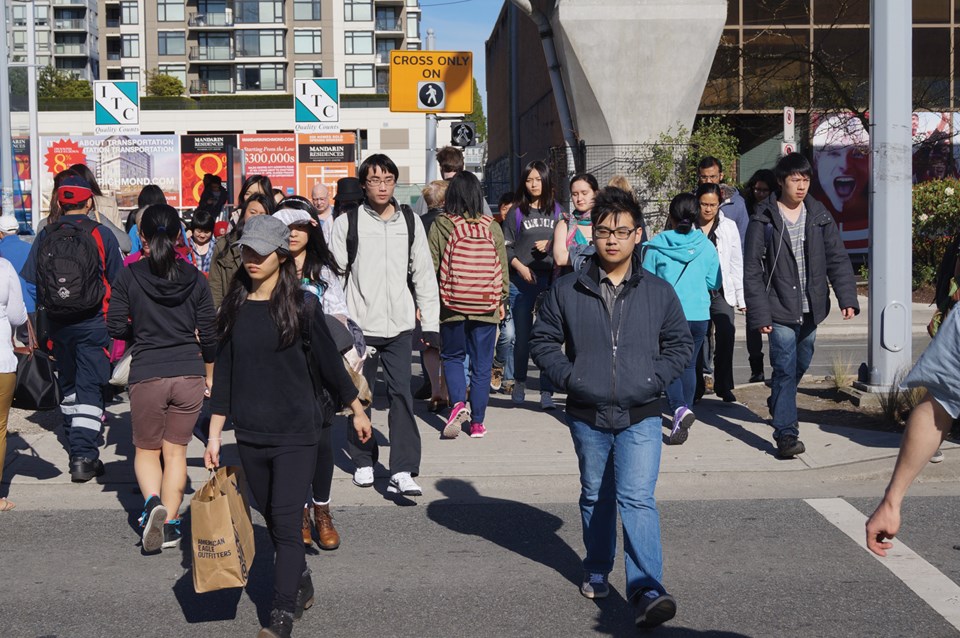 Anti-Asian bias is spreading throughout Canada’s largest cities during the COVID-19 pandemic, according to the results of a new poll by the Chinese Canadian National Council for Social Justice (CCNC-SJ).

The poll – which surveyed people in Vancouver, Toronto and Montreal – revealed that acts of racism related to the virus are “disturbingly common” in Canadian neighbourhoods.

One-in-five respondents do not think it’s safe to sit next to an Asian or Chinese person on a bus if they don’t have a mask, according to the poll, while a quarter of respondents said they “don’t know” if it’s safe.

While CCNC-SJ acknowledged that current information on masks may have played a roll in that finding, the organization says that the findings are consistent with other polls regarding “misguided and unfairly biased beliefs about Chinese and other Asian Canadians.”

Meanwhile, four per cent of respondents believed that all Chinese or Asian people carry COVID-19, and 10 per cent were “uncertain about that.”

“With results like this, it is not surprising that we are seeing a growing increase in anti-Asian racism, likely provoked by COVID-19 fears and ignorance, but no less threatening for that,” said Susan Eng, director of CCNC-SJ.

“Canada’s leaders must stand up and unequivocally denounce every such racist incident and ill-informed belief, lest this behaviour is deemed acceptable and others are invited to do the same,” she added.

In total, 1,130 adults responded to the phone survey, which was conducted April 24.

Another 13 per cent of respondents said they were aware of incidents of racial bias in their neighbourhoods because of COVID-19.

“We should be able to say that everyone believes it is safe to sit next to a Chinese Canadian person on a bus,” said CCNC-SJ president Amy Go.

“And we should be able to believe that no one thinks that literally all Chinese people carry the virus…As Canadians of many ethnicities and heritages, we are all in the fight against COVID-19 together – and many of us are also on the frontlines.”

There have also been incidents of COVID-19-related racism in Richmond, Burnaby and Vancouver. The Vancouver Police Department has also said that of the 11 hate crimes reported in March, almost half were reported as anti-Asian.