The Canada Revenue Agency said the Islamic Society of B.C. is also linked to a Qatari foundation with ties to Hamas, an organization on the Government of Canada's list of terrorist groups.
Sep 27, 2017 3:11 PM By: Gary Mckenna 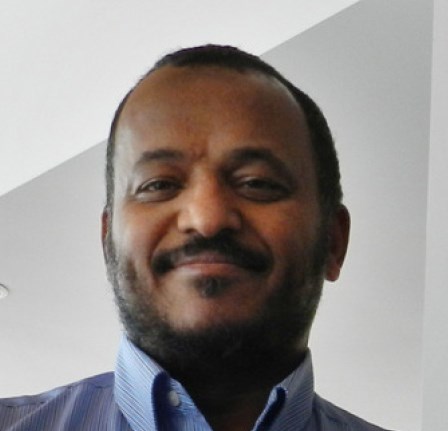 Saadeldin Bahr, also known as Dr. Saad in the community, was a director of the Islamic Society of B.C. He is currently serving 3.5 years for sexual assaulting a member of the mosque he operated in Port Coquitlam.

An audit of the charity that runs the Port Coquitlam mosque has turned up thousands of dollars in financial irregularities and at least $127,000 in questionable expenses by its director, Saadeldin Bahr.

According to a Canada Revenue Agency (CRA) report, the Islamic Society of B.C. also has ties to a Qatari foundation with links to Hamas, an organization on the Government of Canada's list of terrorist groups.

Bahr is currently serving a three-and-a-half-year prison sentence for sexually assaulting a member of the Masjid Alhidayah and Islamic Cultural Centre in 2013, when he served as the mosque's director.

Some of the dubious expenses the CRA attributed to Bahr included $66,028 for groceries and pharmacy items, $22,193 for gas and car washes, and $2,967 on restaurant meals. It also found that he reimbursed himself for $4,239 for electronics, like PlayStation games and an iPad, and $4,958 for an Evolution Spa.

"A majority of the expenses, which Mr. Bahr paid for using his credit cards and were then subsequently reimbursed, appeared to be for personal use, and, in our opinion, constitute an undue benefit," the CRA stated in its notice of penalty.

The agency later added: "The audit found instances where expenses were clearly for personal use, such as jewelry purchases, parking/toll fees, dry cleaning expenses, hair dye and other personal products."

The agency found numerous instances where money was disbursed without the proper documentation.

The CRA also found that the charitable contributions received during the three-year audit period did not align with the issuance of donation receipts.

The agency also noted the society's links to the Eid Foundation, an organization based in Qatar that is a member of the Union of Good. In 2008, the U.S. Treasury Department stated the Union of Good was "created by Hamas leadership to transfer funds to the terrorist organization."

While Islamic Society of BC directors insisted they had only limited ties to the overseas group, the CRA found that both entities shared directors and that an employment contract for the hiring of PoCo imam Ayman El Najjer was negotiated with funds from the Eid Foundation and was written on foundation letterhead.

The Eid Foundation also listed the Islamic Society of BC as an affiliate in a survey to the United Nations Economic and Social Council.

Bahr was found guilty of sexual assault in 2016 stemming from an incident that occurred at the Masjid Alhidayah and Islamic Cultural Centre in 2013. The 55-year-old was counselling a young woman, known as Z in court filings, who was married and struggling with depression. The assault occurred in a room on the upper floor of the mosque following afternoon prayers, when Bahr told the victim she had "a bad curse on you and we have to remove it."

Last May, Bahr was sentenced to three-and-a-half years in prison and was ordered to register as a sex offender.