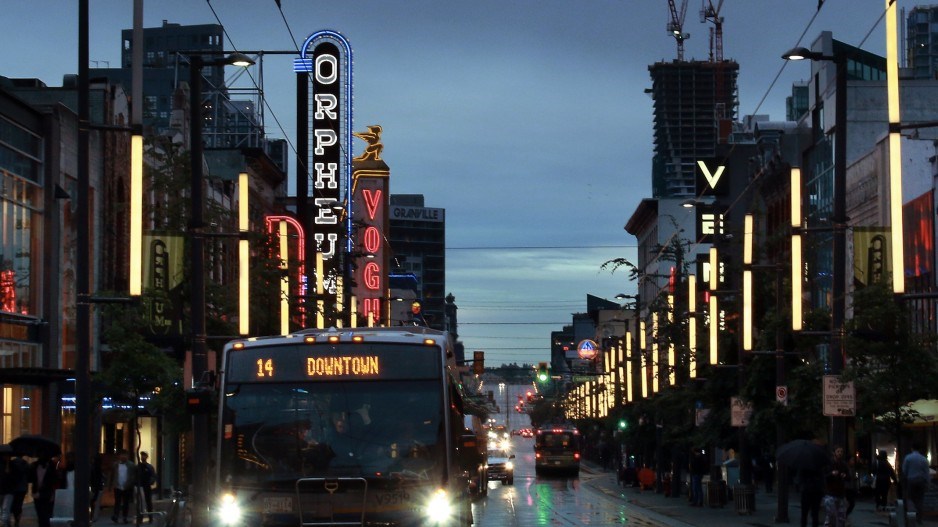 What happened: B.C. added nearly 55,000 jobs to its labour force during September, according to StatsCan data

Why it matters: Last month’s gains show a significant uptick compared with August as the province continues to recover amid pandemic

B.C.’s economic recovery took a leap forward in September, adding 54,800 jobs and slashing its unemployment rate by 2.3 percentage points to 8.4%.

Those job gains are more than triple the 15,300 positions added a month earlier, according to data released Friday (October 9) from Statistics Canada.

Jobs in information, culture and recreation led the way with the addition of 18,500 positions, followed by education services, which added 17,100 jobs.

Ken Peacock, chief economist at the Business Council of B.C., said the sizeable gains in jobs and decline in unemployment rate came as a surprise.

“I wouldn't have thought [unemployment] would have been that low this quickly,” he said.

“Really up until this month, it was a story of recovery and part time jobs.”

Peacock said for much of the recovery over the summer, workers were returning to work but only in a part-time capacity.

With concerts and live sports still in stasis, Peacock noted the big gains in information, culture and recreation stemmed from the film and TV sector coming back to life over the past month.

Meanwhile, business, building and other support services came through with gains of 15,700 jobs; and the finance, insurance, real estate, rental and leasing category added 7,600 jobs.

September marks the first time since the outset of the pandemic that B.C.’s unemployment rate has fallen below that of the national average.

"No two ways about it, this ranks as a major pleasant surprise, especially after the so-so job gains seen stateside in the same month," BMO chief economist Douglas Porter said in a note to investors.

“The overall tone of this report is still quite upbeat, no doubt supported by school reopenings. However, the more recent steep upswing in new virus cases and some renewed restrictions point to markedly cooler job gains ahead. Still, this positive release means the starting point is much better than expected.”

“The numbers will do little to calm concerns that the broader pace of the recovery in labour markets is slowing. The initial recovery in employment has been led by the return to work of those on temporary layoff from the spring,” he said in a note.

“The larger concern remains the extent to which the latest round of virus spread will prompt additional containment measures and keep more households at home. The near-term economic bounce-back through the summer was been stronger than feared in the spring, but the outlook is still exceptionally cloudy.”

B.C.’s construction sector led losses with a decline of 14,600 jobs between August and September.

Losses were also felt in accommodation and food services, which recorded a decline of 2,200 jobs.

This comes as the province implemented new restrictions on bars and restaurants in mid-September. It’s unclear whether the sector has fully absorbed its losses for the time being amid the restrictions or if more layoffs will be coming to the hard-hit industry.

Employment in Metro Vancouver increased by 35,400 jobs, bringing the region’s unemployment rate down 3.3 percentage points to 9.1% — close to the national average but still above the province as a whole.

“The big question is how long can that last? School reopenings have proved to be very tricky with the pandemic now entering the second wave and the pressure is increasing for provinces to undertake tighter restrictions to control the spread of the virus,” TD senior economist Sri Thanabalasingam said in a note.

1550
‘What are they waiting for?’ asks Coquitlam parent worried about long wait for school isolation letter
1535
Parent says Port Moody minor hockey not giving a full account of its COVID cases
1159
New garden centre hopes to take root in Port Moody
1150
Every Canadian household to get free, pre-paid postcard
1121
Dentists, midwives and more approved to assist in B.C. vaccination clinics