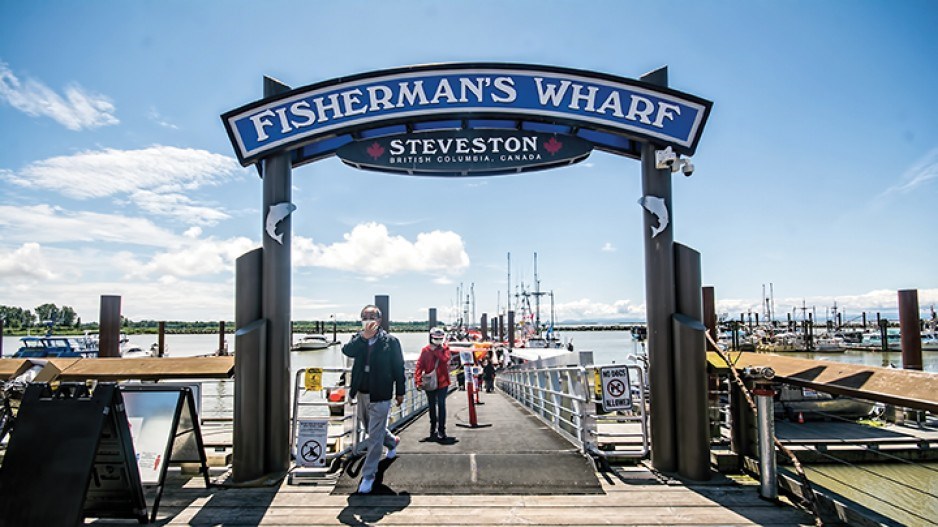 The B.C. tourism industry is banking on an increase in the number of British Columbians visiting domestic attractions such as Steveston’s Fisherman’s Wharf.Chung Chow

People sometimes lament that they take the city for granted until they have an out-of-town guest to entertain. But as the province eases COVID-19 restrictions, B.C.’s tourism industry and support sectors are hoping that it doesn’t take an out-of-province tourist to encourage British Columbians to make the most of their own backyard.

However, the industry hopes that Phase 3 of B.C.’s restart plan, which lifts travel restrictions between communities, will be rolled out soon.

British Columbians alone can’t repair the damage done by the pandemic, but hoteliers, tour companies and industry associations are hoping that local traffic will help salvage some of what remains of the 2020 tourism season and are promoting 2020 as the year of the staycation.

That means different things for different parts of the industry. With businesses slowly beginning to reopen, hotels have started to see an increase in bookings, particularly from people in B.C., according to Lin Schatz, general manager of the Hyatt Regency Vancouver.

While pent-up travel demand is a big factor, Schatz said that hotel bookings should increase once other attractions around the city begin to reopen. In theory, the closure of the Four Seasons Hotel and the drop in Vancouver’s hotel room supply should ease the impact of the lower demand. But Schatz said the decrease has been so dramatic that lower supply has had a negligible impact in offsetting the economic damage.

Keith Phillips, president and founder of West Coast Aquatic Safaris, said he has had few bookings, and the company continues to handle cancellations for tours planned into August – though not for September bookings. Schatz and Phillip agreed that people usually book hotels and other big-ticket items first and because of the COVID-19 uncertainty might be hesitant to book other activities.

How successful the staycation summer will be is anyone’s guess.

In 2019, British Columbians accounted for 11.8 million overnight stays in the province – about 53% of the total. This year, the tourism industry will need to survive on half of its regular customers for all its revenue.

However, Destination BC expects overnight stays by locals to fall 30% to 8.2 million.

But not everyone thinks B.C. traffic is going to decline.

Phillips is expecting his B.C. traffic to go through the roof. The catch is that British Columbians represent less than 10% of his whale tour business. He’s hoping that B.C. residents will make up a third of each boat’s capacity.

Preliminary evidence suggests that this will indeed be a staycation summer for British Columbians. When online camping reservations for BC Parks reopened, the site crashed. It received 50,000 reservations on the first day.

Wallace said sales are doing much better than expected given the pandemic, and online sales have grown. He attributes the sales to people looking for activities they can take part in, such as kayaking and cycling, while maintaining social distancing.

But if people are paying the province to sleep outdoors, does that help the tourism industry?

“When people do go camping, they’ll engage in other activities,” said Maya Lange, vice-president of global marketing at Destination BC.

Winter tourism could also shoulder more of the industry load. Typically 50% of tourism revenue is generated in the summer. The remaining 50% is split between spring, fall and winter. With people being cooped up for the first part of the year and COVID-19 fears lingering, the winter months could provide a tourism boost.

British Columbians exploring parts of the province they have never seen before will help sustain some businesses. But until the number of foreign visitors rebounds, the industry will continue to struggle.