A wildlife protection group says the city of Port Moody didn’t do enough to ensure the safety of four beavers that needed to be removed from a storm sewer pipe in Pigeon Creek last week. One of the beavers died.
Dec 21, 2017 9:22 AM By: Mario Bartel 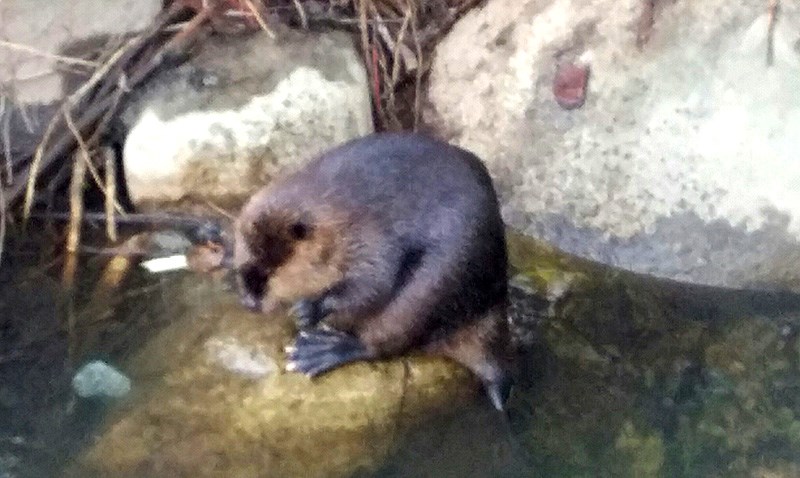 A wildlife protection group says the city of Port Moody didn’t do enough to ensure the safety of four beavers that needed to be removed from a storm sewer pipe in Pigeon Creek last week. One of the beavers died.

Adrian Nelson, the wildlife conflict manager for the Association for the Protection of Fur-Bearing Animals (The Fur-Bearers), said the death of the beaver could have been prevented and the city needs to investigate its management plan of the animals, which are a protected species in British Columbia.

“There is absolutely no reason that any of these beavers had to die what I can only imagine was a terrifying death to protect this culvert,” Nelson said.

City crews became aware of beaver activity in the creek, that runs through the Klahanie development, in late November, 2016 and began monitoring them last March. Trees in the area were also wrapped with wire to prevent the creatures from chewing them.

But the beavers had built a den in the storm sewer pipe that drains storm water and prevents flooding.

With the onset of fall and winter rains, the city developed a plan in consultation with biologists and engineers to remove the beavers’ den and food cache so the pipe could continue to drain water and prevent flooding to the surrounding neighbourhood.

“Removing the beaver presence from the culvert system by breaching the beaver den is the highest priority,” said a report prepared by McElhanney Consulting Services.

On Dec. 1, when it was determined two young beavers — called kits —  that were born last summer would be mature enough to survive outside the protection of the pipe, city crews began efforts to lure the colony from the pipe using beaver scent and installed a temporary fence with a one-way door over the front of the pipe to prevent them from re-entering. Part of a dam the beavers had built downstream was also removed to lower water levels in the creek.

But one of the young beavers kept finding its way back to the pipe.

So, on Dec. 15, a live trap was placed above the water line in the pipe, and a bypass was installed at the dam to ensure water levels remained low. By the next day, the beavers had managed to plug the bypass pipe, and the wayward kit was found drowned in the trap by the higher water.

“We are deeply saddened by this outcome.” Port Moody’s general manager of engineering and operations, Jeff Moi, said. “It is the opposite of what we had all hoped for.”

“It is appalling to me that the city of Port Moody allowed for this to happen,” he said, adding residents in the neighbourhood had become enamoured with the creatures, often gathering on the banks of the creek to watch them work on their structures or as the kits learned how to swim.

Port Moody mayor Mike Clay said the kit’s death was “tragic,” adding, “We know how important this beaver family is to the Klahanie community.”

A permanent grate has now been installed over the mouth of the pipe to keep the beavers out. City staff are also monitoring the colony, as well as any effects they may be having on the creek’s habitat. If they become a problem, they could be relocated.

1490
Letter: New Coquitlam residents need to adapt to living on the edge of wilderness
1223
Dentists, midwives and more approved to assist in B.C. vaccination clinics
1083
‘What are they waiting for?’ asks Coquitlam parent worried about long wait for school isolation letter
953
Parent says Port Moody minor hockey not giving a full account of its COVID cases
889
New garden centre hopes to take root in Port Moody