New survey reveals BC residents are still experiencing significant disruption to work due to COVID-19, a higher proportion than any other province.
Sep 17, 2020 9:06 AM By: Laura Brookes 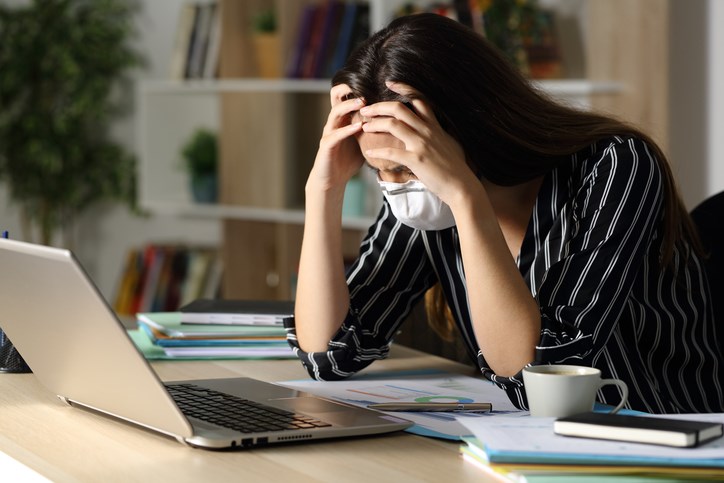 Lay-offs, reduced pay or fewer working hours are still impacting about 56 per cent of B.C. residents, by either altering their own work situation, or that of someone else in their household, according to a recent survey.Getty Images

A new survey reveals more than half of British Columbians are still experiencing significant disruption to their employment, due to the COVID-19 pandemic.

The poll, produced by global market research company Ipsos on behalf of Canadian insolvency practice MNP LTD, shows B.C. residents are doing it tougher than other parts of the country.

Lay-offs, reduced pay or fewer working hours are still impacting about 56 per cent of B.C. residents, by either altering their own work situation, or that of someone else in their household.

“British Columbians are more likely than any other province to say they are still experiencing COVID-related disruption to their employment. And yet while household finances are still being disrupted, short-term financial relief will soon be ending, and creditors will begin chasing after deferred payments. This will only compound their debt problems."

About one in ten (8 per cent) of B.C. residents say they've postponed bill, credit card and tax payments as a result of the pandemic, compared with the nationwide statistic of 7 per cent.

Paul says it's important residents employ wisdom in how they deal with debt during this time, and remain cautious of borrowing more to make up for temporary losses.

“We haven’t seen evidence yet confirming that British Columbians have piled on considerably large amounts of debt since March. However, we do believe some will have no choice but to rely on credit to get by, once government support is phased out. Once you start borrowing against future paychecks, it becomes very difficult to break the cycle because you are leaving a hole in your next paycheck each time you borrow.”

As for homeowners, one in five (21 per cent) nationwide who are currently receiving financial support from the government say they will be forced to defer mortgage payments if that support comes to an end.

Nearly half of Canadians reported an expectation they will need to cut back on consumer spending and expenses when COVID-19 related government financial support ends, and 31 per cent will dip into savings to pay their bills.

Fifteen per cent say they will need to sell assets such as their car, investments or rental property to make ends meet when that happens.