Mother of Amanda Todd continues to advocate for youth mental health while waiting for results of an extradition hearing into her daughter's case
Jun 14, 2016 2:11 PM By: Diane Strandberg 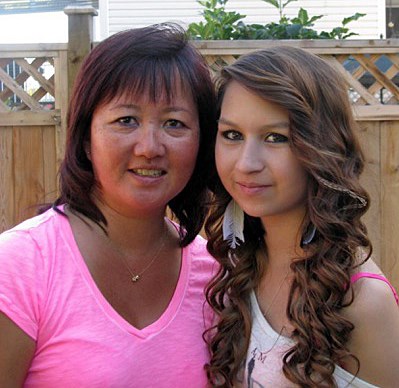 Carol Todd is waiting to hear the results of an extradition hearing for the man charged in relation to her daughter, Amanda's, case.

Carol Todd is learning to wait for justice for her daughter, Amanda, as she follows the long and sometimes confusing process of the Dutch judicial system.

This week, Todd learned that an extradition hearing was held Tuesday for the Dutch man charged in her daughter's case. But it will be two weeks before Dutch authorities make a decision on whether Aydin Coban should come to Canada to face five charges related to internet luring and online harassment — and even, then another Dutch authority is expected to look into the matter before a decision is finalized.

Meanwhile, Coban's trial on 72 charges not related to Todd's case has been set for January 2017 in the Netherlands.

Todd said she wants to see the Dutch charges resolved and doesn't want Canada to back down on the extradition, even if it means a longer wait.

"I hope that Canada doesn't decide to combine Amanda's case with the other 39 cases because those victims are young and they need to have closure," Todd told The Tri-City News.

Todd is also concerned the media spotlight on her daughter's case could take away from the experience for the other young Dutch victims and said she is not frustrated by waiting as she is keeping busy raising awareness about youth mental health and cyberbullying and supporting other youth and families.

"That's the whole goal right now: to make sure we know Amanda's story and what we have to do to reach young people out there. It would be so different if Amanda was alive… I have to look at the big picture now and what we can do."

Coban was arrested in the Netherlands after an investigation into online harassment involving Dutch victims and has since been charged by Canadian RCMP with extortion, internet luring, criminal harassment, and the possession and distribution of child pornography.

Amanda Todd, 15, was a victim of cyberbullying who took her own life in 2012 after posting a video online about harassment she suffered.

In the years since, Carol Todd, who is a learning services teacher with School District 43, has started the Amanda Todd Legacy fund, which supports mental health programs, including those in SD43, was nominated for a YWCA Women of Distinction Award, and was a TEDx speaker in April.