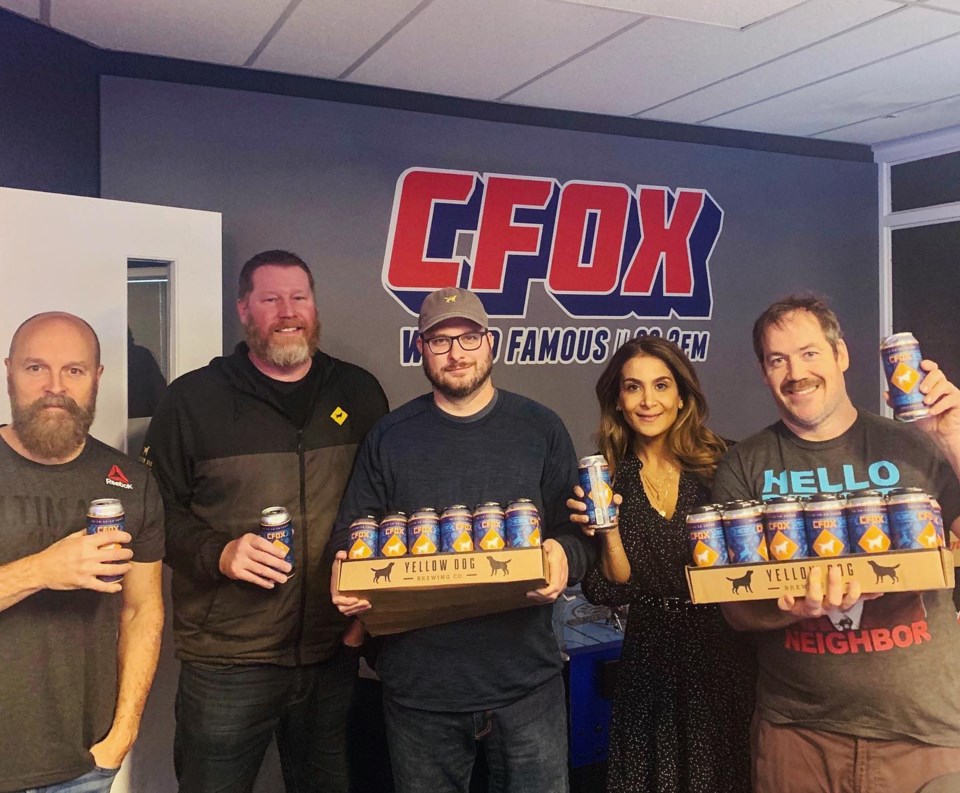 A new batch of holiday beer whipped up by Port Moody’s Yellow Dog Brewery will be officially poured tonight (Friday).

And partial proceeds from The Fa-La-La-La-Lager Kellerbier will go to Share Family and Community Services, a social services agency in the Tri-Cities.

Coquitlam resident Jeff O’Neil of CFOX will be at the St. James Well in Port Moody for an invite-only event to release the festive beverage, the microbrewery’s fourth collaboration with the Vancouver radio station.

The alcoholic drink is described by the Brewers Row business as a “young, fresh, hazy Lager. We took a traditional Kellerbier and put it under the mistletoe with fruit-forward American hops to create this specialty brew,” it stated on its Facebook page.

The Fa-La-La-La-Lager will be available at Yellow Dog (1-2817 Murray St.) as well as at liquor stores across B.C.

Last year’s collaboration suds for Share was a rye and ginger beer. 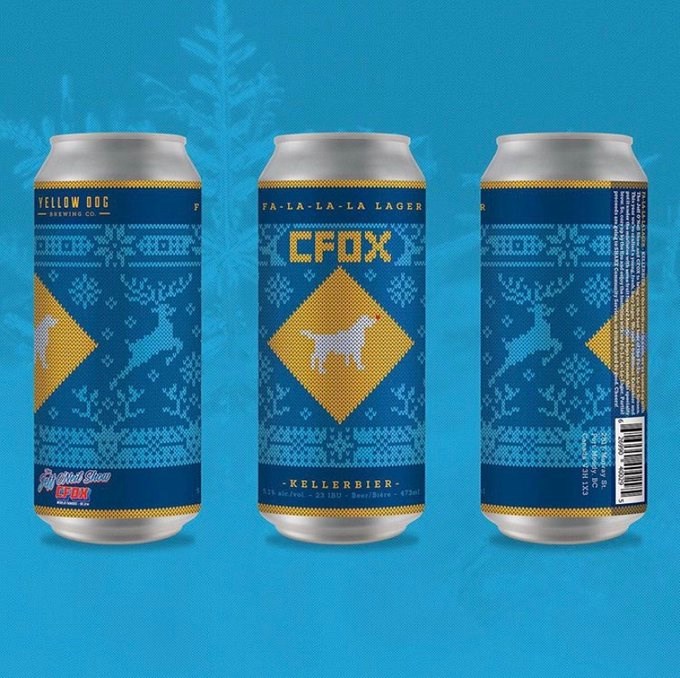