UBC professor calls for cooler heads in dispute over extradition of Huawei CFO. About 60% of SD43 foreign students are from China and the international education program is both a money maker and an important aspect of the district's global outlook
Dec 11, 2018 3:14 PM By: Diane Strandberg 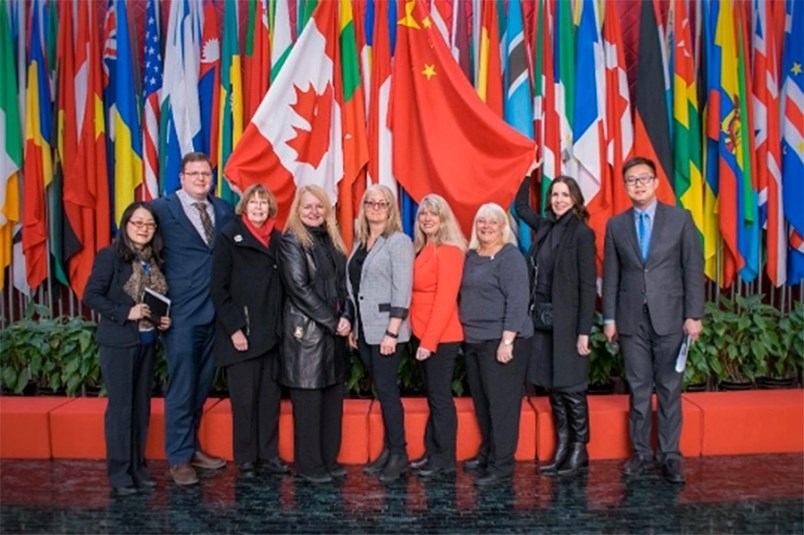 School District 43 has a strong international education program and the majority of students currently come from China. This is a photo of trustees on a trip to China to promote the program.SD43

A University of BC professor who specializes in partnership projects with Asian institutes is calling for cooler heads in the current turmoil over the extradition of Huawei CFO Meng Wanzhou.

Intense anger visible on Chinese social media could trickle down to valuable partnerships between local institutions and China, including possibly international education, a lucrative revenue generator for B.C. public schools and post-secondary institutions.

“Let's hope that both sides handle the current issue with as much care and understanding as possible. Chinese students are a very valuable and positive part of our educational system,” stated Paul Evans, a professor with the School of Public Policy and Global Affairs, in response to an email query from The Tri-City News.

He said there may be a slowdown in international students coming from China, not because of a formal governmental decision but more likely “because of intense anger that is visible on Chinese social media in China and opinions we are hearing in Vancouver.”

China has opposed the arrest of the Huawei executive.

Although School District 43 attracts students from all over the world, a majority of students are from China and fees foreign students pay are a significant revenue generator for the district.

For example, SD43 is expecting a $5 million surplus in international education revenues based on second semester enrollment.

The money, a large portion of it from fees families of Chinese students pay to study here, has become an important component of SD43 budgeting.

Each year, SD43 accepts approximately 2,000 fee-paying foreign students into SD43 classes, but doesn’t count all the revenues until the second semester is underway.

And based on historical trends, the surplus funds will help SD43 in future years because 75% of the extra money is spread over the following three years.

At a recent board meeting, trustees agreed to stick with the current plan for dealing with surplus revenues.

International education revenues are continuing to climb in SD43, with students hailing from all over the world, but about 60% from China.

In addition to fundraising, international education is an important aspect of the district’s global perspective, officials have said.

Students pay $15,000 to attend school here, typically stay with a local family, or if they are younger, with a relative, and generate annually $60 million for the local economy, according a report from the international education department.

The Tri-City News has reached out to SD43 to see if there are concerns about a slow down in students coming from China given diplomatic fallout from the arrest of a Huawei executive in Vancouver. But the district has not yet responded.

Trustees are expected to visit China in the New Year for a cultural exchange paid for by the Chinese government through its education arm Hanban.