Close to 1,000 British Columbians self-isolating due to recent community exposures 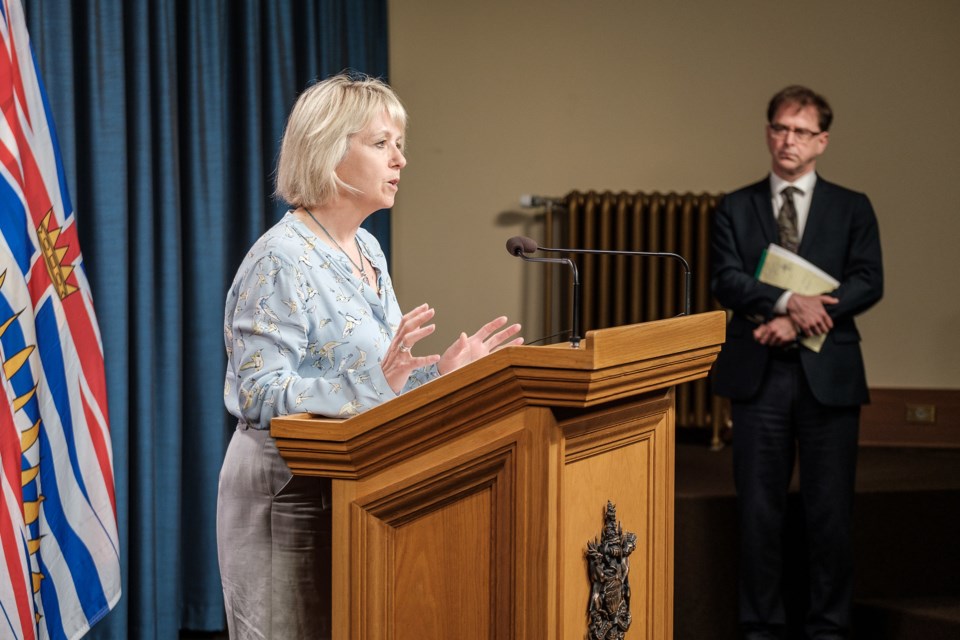 “This means these people are unable to work, to see friends, to leave their home, to enjoy the summer like the rest of us,” Henry said.

Those self-isolating, she said, are in each of B.C.’s five health authorities, and some are likely to contract COVID-19 in the coming week.

On Wednesday, health officials announced 34 new cases of COVID-19, for a total of 3,362 cases in B.C., with no new deaths. Cases have been trending upwards in recent days, with 102 cases announced between Friday and Monday, and 30 on Tuesday.

There are now more than 70 confirmed cases linked to the community exposures in Kelowna, which began around Canada Day.

“As we all know, the B.C. COVID-19 curve is trending in a direction we do not want to go, and that is upwards,” said Henry.

“We all need to take a step back and look at the things we need to do to bend our curve back down, where we need to keep it.”

As a result of the increased cases, additional restrictions will be put in place for bars and nightclubs, for example, patrons will be required to remain seated and alcohol self-service will not be allowed.

Henry also said she was in talks with Interior Health about possible special restrictions for areas in that region that see high numbers of summer visitors, given the recent community exposures.

Contact tracers, she said, currently need to track down 20 to 30 contacts for every confirmed case of the virus – which is much harder to do than tracing three to four people.

“With each additional person, the time it takes us to find them, the potential for them to develop symptoms and pass it on to others is greater, putting more people at risk,” said Henry, advising British Columbians to keep their social bubbles small to limit the spread of the virus.

“Being outside is not enough. We know it can be transmitted when you’re having close conversations, talking, laughing, with large numbers of people, even if it is outside.”

However, Henry said she does not believe the province reopened too soon.

“We have been very measured. We knew that we would have an increase in cases as people started to have more contacts. And we’ve done it in a very measured, and I believe thoughtful, way.”