Cocaine and opiates were handed out for free. Here's why no one was arrested

The protest was created in direct response to a staggering increase in overdose deaths in the province from an ever more toxic drug supply due to the COVID-19 pandemic.
Jul 4, 2020 3:06 PM By: Elana Shepert 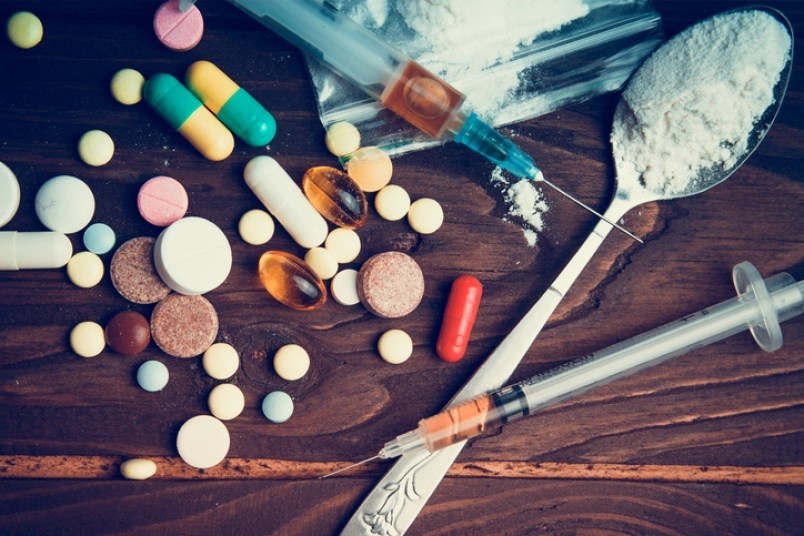 In May alone, 170 people died of an overdose in B.C., topping the previous record of 161 set in December 2016.Getty Images

Approximately 200 points of 'safer' opiates and cocaine were handed out at a Downtown Eastside Vancouver protest for a clean drug supply last week. However, there were no arrests.

Despite the fact that cocaine and opiates are considered illegal substances under Canada's Controlled Drugs and Substances Act, Vancouver Police tell Vancouver Is Awesome in an email they don't typically arrest people for 'simple possession.'

"There were no arrests made. We don’t typically arrest for simple possession," writes Cst. Tania Visintin, Media Spokesperson for the VPD.  "The VPD respect everyone’s right to protest.

"Our number one concern at an event like that is public safety."

Formed in response to the ever-mounting overdose deaths in B.C. and across Canada, the Drug User Liberation Front looks to provide tangible solutions to the overdose crisis. The protest was created in direct response to a staggering increase in overdose deaths in the province from an ever more toxic drug supply due to the COVID-19 pandemic.

Following the march, the DULF handed out a safer supply of opiates and cocaine to residents of the DTES for free.

With this in mind, Vancouver criminal lawyer Kyla Lee tells V.I.A. in a phone call that the event involved more than 'simple possession.' Lee says that simply passing someone drugs or transporting them in a vehicle falls under the definition of trafficking in the CDSA. Moreover, organizers distributed substances to numerous individuals.

"If you were pulled over with 200 points of cocaine in your car, you would be in trouble," notes Lee.

Lee adds that police likely chose not to enforce the law at the event due to the opioid crisis. While people are frequently fined for drinking beers at the beach, Lee says that drug users are often left alone because police recognize the scale of the health crisis.

"You can't arrest your way out of it," says Lee.

Regardless of attitudes toward substance abuse issues in the city, Lee says the protest organizers took a significant risk. There is an immense difference between a person possessing drugs for personal use and possessing drugs with the intent to distribute or sell. If arrested, they could have been prosecuted under the Criminal Code and subject to years of imprisonment.

For members of the DULF, however, the Province has failed to protect the most vulnerable populations, leading to a record number of deaths.  Erica Thomson, the executive director of the BC and Yukon Association of Drug War Survivors, tells V.I.A. in a phone call that COVID-19 isn't to blame for the opioid crisis.

"People want to blame COVID. It's prohibition," says Thomson. "People always talk about getting more treatment centres, but that's not the answer. We need a clean supply."

On March 26, 2020, the Province announced new interim clinical guidance for health care providers to support people who use drugs during COVID-19 and the ongoing overdose emergency.

Currently, opioids, benzos, and stimulants may be prescribed to people who use illicit drugs.

However, Thompson argues that not all, if not very few, physicians adhere to the new BCCSU guidance. For one, she says that individual physicians may or may not have the ability or desire to prescribe certain medications to people who use drugs.

The Risk Mitigation Interim Guidance states that, "Individuals should be aware that the prescribing outlined in the interim clinical guidance sits outside of current standard practice and may not be provided by all community prescribers. However, prescribers may refer patients for an addiction assessment at a different clinic and support them during the COVID-19 pandemic."

And since a number of people who use drugs may feel uncomfortable leaving their community, they may not find a physician who will prescribe them medication. Moreover, Thompson says that the relationship between people who use illicit drugs and doctors is, "truly the only adversarial doctor/patient relationship."

"Doctors have been taught not to give drugs to drug users," explains Thompson. "And they don't."

Have a look at some photos from the protest HERE.