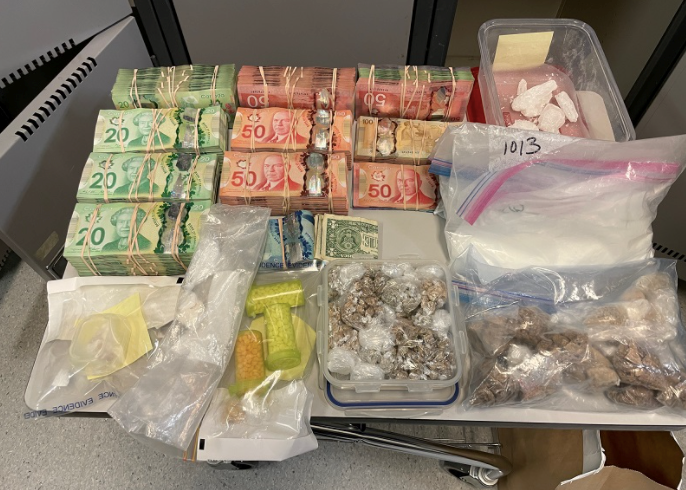 A notorious Port Coquitlam park is a bit safer following the arrest of three individuals believed to be dealing drugs in the neighbourhood, according to the city’s mayor.

Brad West said he appreciated the Coquitlam RCMP’s efforts to crack down on drug dealing in Fox Park, located at 3215 Lancaster Street, resulting in a raid on two condominiums in the city this week that revealed a cache of drugs, expensive cars and cash.

During the search, which took place just after 4 p.m. on Tuesday, Jan. 19, Coquitlam RCMP arrested a 37-year-old man, a 26-year-old female and a 59-year-old female.

West said police did a good job following up on the complaints of residents and said the effort will bring about a “safer neighbourhood.”

However, he cautioned against people becoming complacent in not reporting crime and offered a stinging rebuke against the criminal justice system for letting prolific offenders go free.

“I really hope that now that RCMP have done their job in making arrests that the justice system will do its job because far too often what we hear is that people who engage in this type of behaviour are very quickly back on the street,” West told the Tri-City News.

“It’s a sad reality that most of the crime that involves theft and breaking in cars are from a small number of repeat prolific offenders and we should not allow such a small number of people to terrorize and hold hostage the rest of us,” West added.

According to the Coquitlam RCMP, police seized a large quantity of suspected drugs, cash and four vehicles totalling approximately $450,000 during the execution of two search warrants that came from the Fox Park drug trafficking investigation.

The investigation began in the fall of 2020, when Coquitlam RCMP’s Uniform Crime Reduction Unit (UCRU) received several complaints of drug trafficking in the park, identified as a problem area in recent years despite efforts to upgrade the park with a new playground and extra security hired by the city.

Charges against those who have been arrested must await a decision by the Regional Prosecution Service but a comprehensive report will be sent to Crown Counsel once the investigation is complete.

The evidence seized during the search included:

“The community of Port Coquitlam expressed concerns about the safety of Fox Park, and police formulated a plan, took action, executed search warrants and made arrests to make the park a safer place,” stated Const. Deanna Law, Coquitlam RCMP media relations officer in the press release.

West said the city will continue to monitor complaints at Fox Park, noting that “you can’t take your feet off the gas in these things.” However, he said he believed the park was a “heck of a lot safer” following the Coquitlam RCMP’s recent arrests.

“I’m not naive. I’m not going to BS anyone and say overnight all the problems are gone. But we’re going to continue to focus on it,” West said, promising that no matter what neighbourhood they live in, "none of our residents should feel they can’t utilize a park or playground that their tax dollars paid for.”

He encouraged residents to call in concerns about suspicious activity to Coquitlam RCMP.