Coquitlam bids for $300k to tackle homelessness during COVID-19 'restart'

The city of Coquitlam is applying for UBCM funding to address homelessness during the pandemic, and wildfire protection.
May 5, 2021 11:29 AM By: Janis Cleugh 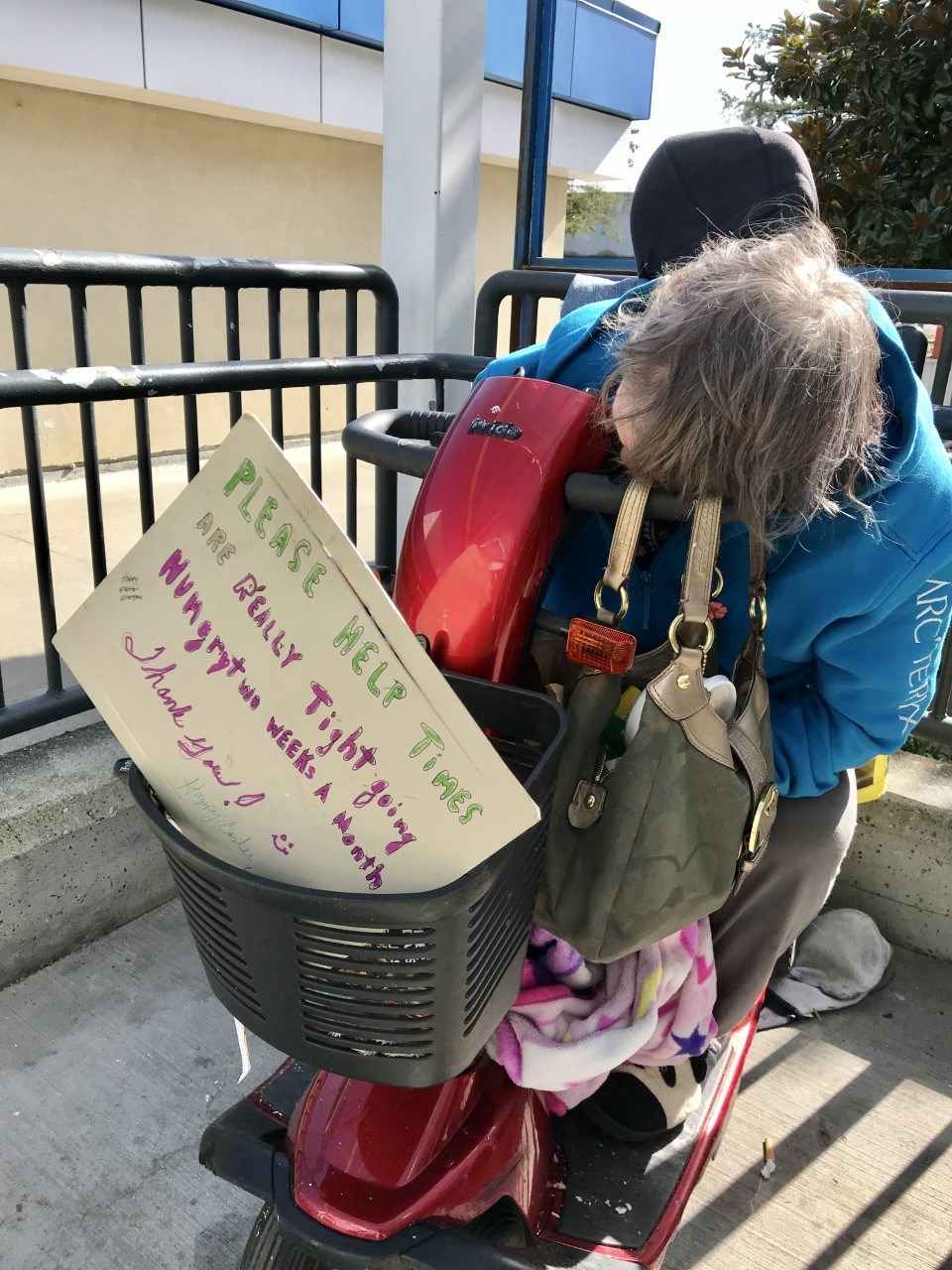 A disabled woman asks for help from shoppers while parked on the ramp leading to Real Canadian Superstore in Coquitlam.JANIS CLEUGH/THE TRI-CITY NEWS

The rise in homelessness during the COVID-19 pandemic prompted the city of Coquitlam last month to apply for senior government cash.

Council OK’d a grant bid for city staff to go after nearly $300,000 through the Union of BC Municipalities (UBCM) to train city staff who are in daily contact with the homeless and to expand the homeless outreach for non-profits.

Specifically, if approved, the grant would pay for the Homelessness Services Association of BC to educate between 40 and 50 city staff — including all the bylaw enforcement employees and some in the parks, public works and police departments — about how to respond to the needs of the homeless.

But the largest chunk of the proposed grant would go to social service groups that are already on the ground to help unsheltered people:

If approved, the grant funding — administered under the UBCM’s COVID-19 Restart Funding for Local Governments: Strengthening Community Services 2021 program — would last for a year, until July 2022, and parallel provincial efforts.

The federal and provincial governments are providing $540 million in shared funding to municipalities under the Safe Restart Agreement, to protect public health and safety; a city of Coquitlam’s size is eligible for up to $2.5 million.

Wilson also mentioned the Tri-Cities Homelessness and Housing Task Group and asked that it be included for educational outreach while Coun. Steve Kim suggested the grant money, if awarded, be used to train small business owners as well.

According to a report by Jim McIntyre, Coquitlam’s general manager of planning and development, the COVID-19 pandemic has put a financial strain on many residents and has impacted government and non-profit services:

“As a result, [bylaw] enforcement staff have fewer meaningful options to offer the local homeless population, and encampment-related issues are becoming more difficult to address,” McIntyre wrote in his report, dated April 6.

Coquitlam Fire Chief Jim Ogloff said the $500,000 grant, if successful, would pay for five to seven temporary positions to coordinate and deliver programs across the region as well as the equipment and materials needed for their jobs.

City staff are now working with a consultant to update the 2007 Community Wildfire Protection Plan; the new Community Wildfire Resiliency Plan will guide the city for the next decade to further reduce the wildfire risk in the region.