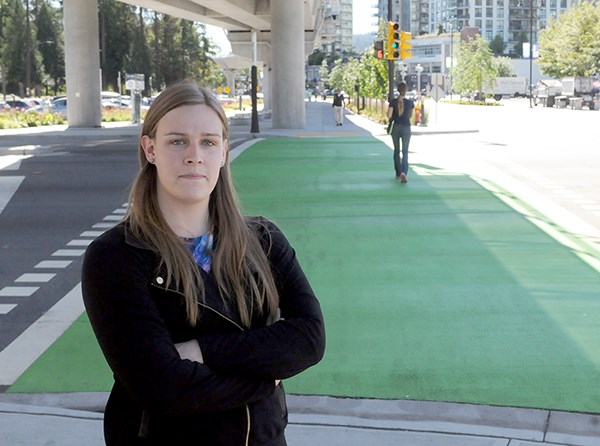 A rainbow crosswalk could be on the way in Coquitlam.

Monday, council instructed staff to bring back a report listing the potential cost and locations while also considering other options to highlight diversity in the city.

“This has been divisive,” Coun. Chris Wilson said of the debate that has taken place in the community and on social media since the rainbow crosswalk was first proposed last month. “But it has also been enlightening for a lot of people… It is about diversity as a whole and we can all be leaders.”

While the majority of councillors said they support a rainbow crosswalk, several other ideas were put forward that would promote inclusivity in the community.

Coun. Mae Reid suggested putting up signs at all of the city’s entry points stating that Coquitlam welcomes diversity while Coun. Teri Towner has proposed painting rainbow steps on the Coquitlam Crunch trail.

In the end, most councillors agreed that a crosswalk, similar to ones seen in other communities, like New Westminster, Vancouver and Langley, would be the best approach

“I think it is important that we… take a symbol that is already there,” said Coun. Dennis Marsden.

“The request is for a crosswalk… and I see no reason to reinvent the wheel,” added Coun. Bonita Zarrillo.

But not all at the council table support a rainbow crosswalk.

Coun. Terry O’Neill said he worries that by recognizing one group, the city would be setting a precedent for other organizations and entities to come forward seeking crosswalks of their own.

“I am not in favour of doing this,” he said. “If this makes LGBT youth feel unwelcome, I am so sorry for that because everything we do in this city is about welcoming.”

He later added: “If we did it for one… we are going to have to do it for everybody.”

Earlier in the meeting, Jerome Bouvier, the executive director of Access Youth Outreach Services, and Katrina Shelast, a local business owner, said they had launched a fundraising campaign to help pay for the crosswalk.

Shelast told The Tri-City News last week, “We wanted to take the money issue off the table.”

Bouvier said the crosswalk would be an important symbol of diversity, particularly for young people, noting that many of the youth he works with struggle to feel included in their community.

The issue was first brought to council last month by Nicola Spurling, a member of the Tri-Cities Pride Society, who called on the city to install a rainbow crosswalk and a trans crosswalk at a prominent Coquitlam intersection.

She added that Coquitlam would be following in the footsteps of many other communities in B.C. and around the world in showing support for diversity and accepting marginalized people.

Last month, Port Moody city council voted in favour of installing a rainbow crosswalk but the location has not yet been determined.