BC Coroners report leaves room for optimism as fewer people are dying from illicit drugs from record highs last year, but hundreds still died in B.C. this year — including nine people in Coquitlam
Jul 11, 2019 3:43 PM By: Diane Strandberg 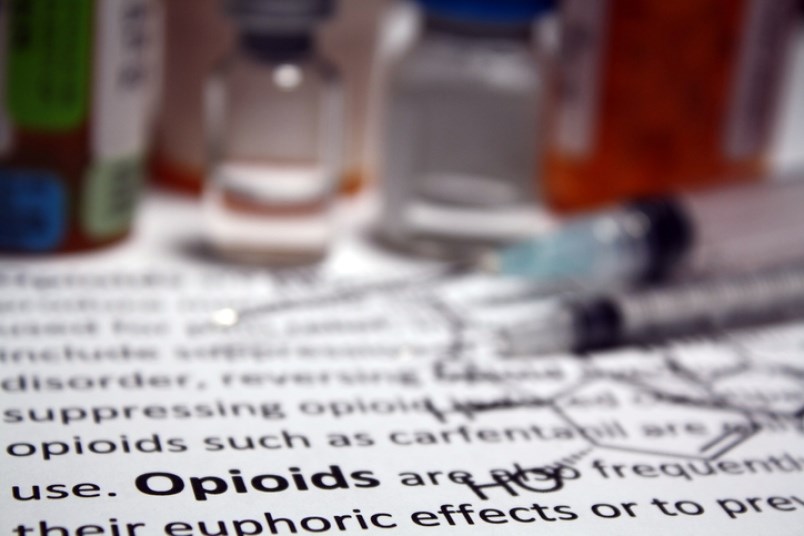 The BC Coroners Service says there is room for optimism in efforts to curb opioid deaths in B.C.

But fatalities from illicit drugs in Coquitlam appear to be on par with last year, according to the latest statistics.

In a report issued Thursday, it was noted that for the entire province, the monthly average for illicit drug deaths for the first five months of 2019 is down by a third from the same period last year, or 92 deaths per month, compared to 130 per month in 2018

But for Coquitlam, there were nine deaths in the city from Jan. 1 to May 31, nearly two deaths per month, according to statistics; that's similar to 2018, when there were 20 opioid fatalities for the year.

(Port Moody and Port Coquitlam are not mentioned but could be contained in the communities where opioid fatalities are too few to be listed among the townships of inquiry between 2009 and 2019.)

The good news for Coquitlam is that numbers are substantially down from 2017, when there were 30 opioid deaths for the year, and with nine fatalities so far in 2019, is similar to the cities of Maple Ridge, Langley and Prince George, where nine people also died from overdose by the end of May.

Those cities had much higher numbers of overdose deaths from illicit drugs last year compared to Coquitlam, suggesting the city has more work to do.

Some help may be on the way.

In January, efforts began to establish a community action plan with a $75,000 provincial grant. And Fraser Health is working with Share Family and Community Services and the Division of Family Practice on strategies to reduce the number of overdose deaths.

At the time of the announcement, Dr. Ingrid Tyler, medical health officer for Fraser Health, said more work needs to be done to understand why people die from overdosing on illicit drugs.

“The issue is so complex and affects such a wide variety of society and individuals that it’s really important that we have multiple strategies out there so that, regardless of where you are at in your use and whatever kind of risk profile you may have, that you will find the information and help that you need.”

She said she hopes more people will heed the message that Fraser Health is trying to promote about ways to use drugs safely.

“It may be helpful to use the opportunity to repeat those messages, to remind people to have a naloxone kit, reminding people to use with someone or have someone check on you if you’re using, reminding people not to use alcohol with drugs or use multiple drugs, and to know signs of overdose, and call 911 immediately, and give breaths every five seconds until help arrives.”

Tyler also pointed out that it is not a crime to help someone and stay at the scene of an overdose because the Good Samaritan Overdose Act provides legal protection for those who seek emergency help.

According to the B.C. Coroners Service's most recent report, 87% of illicit drug toxicity deaths occurred inside (58% in private residences and 29% in other residences, including social and supportive housing, SROs, shelters and hotels) and 12% occurred outside in vehicles, sidewalks, streets, parks, etc. Also:

• No deaths have been reported at supervised consumption or drug overdose prevention sites.

Among the drugs identified in the illicit toxicity deaths were street drugs, including heroin, cocaine, MDMA, methamphetamine and illicit fentanyl; medications not prescribed to the deceased but obtained or purchased on the street by unknown means or where the origin of drug is not known; and combinations of the above with prescribed medications.

According to the most recent statistics, nearly 4,500 people have died in B.C. from illict drug overdoses since numbers started to spike in 2016. In Coquitlam, 74 people died from an overdose since January, 2016.

In its report, the coroners service noted the numbers are subject to change as investigations are concluded.

1752
Letter: New Coquitlam residents need to adapt to living on the edge of wilderness
893
‘What are they waiting for?’ asks Coquitlam parent worried about long wait for school isolation letter
838
Dentists, midwives and more approved to assist in B.C. vaccination clinics
755
Parent says Port Moody minor hockey not giving a full account of its COVID cases
719
New garden centre hopes to take root in Port Moody