Coquitlam firefighters will get naloxone training

Increase in number of overdoses prompts policy change
Aug 10, 2016 5:00 AM By: Gary Mckenna 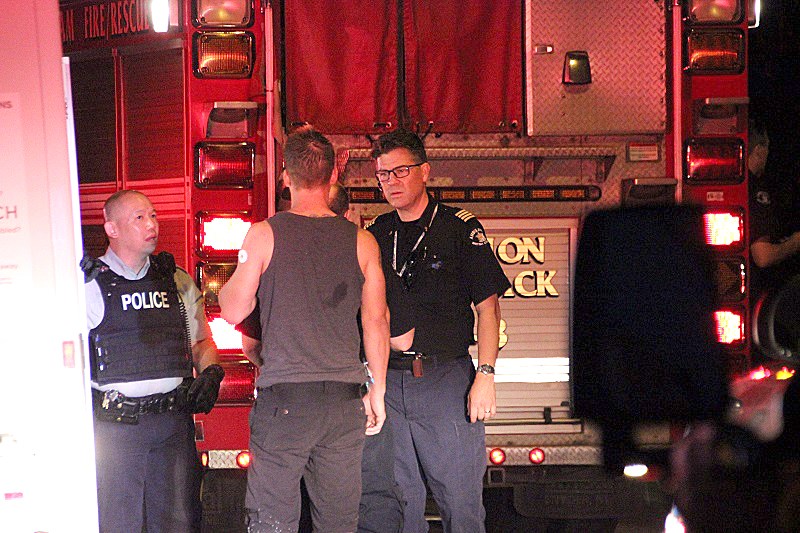 A paramedic talks to one of the people involved in an overdose last month in Coquitlam.SHANE MACKICHAN FILE PHOTO

Coquitlam Fire and Rescue is expected to begin training its staff in administering the opioid overdose antidote naloxone.

Fire Chief Wade Pierlot said the department is scheduling sessions with B.C. Emergency Health Services and he will report on the training to city council this fall.

“This is an additional tool,” he said. “If all goes well, we hope to be providing this treatment.”

While Port Coquitlam and Port Moody’s firefighters are trained in the use of naloxone, Pierlot told The Tri-City News last month his department would be monitoring the situation before making a decision.

But an increase in the number of opioid overdoses in the municipality, including a case where five people overdosed at a home in Coquitlam last month, had the department re-thinking its approach.

“We had noticed a bit of an upswing,” he said. “Not all of them are associated with fentanyl.”

Pierlot added that he was initially hesitant to adopt the training over a concern about ambulance response times. A person who receives naloxone must be taken to hospital and he said he worried that paramedics would change their call priorities if firefighters were able to administer the treatment.

But in the months since fire departments across the region first took up the training, there has not been much change in ambulance waits, he added.

“We are not seeing that,” Pierlot said. “They have been responding in the best times they can.”

Still, even without naloxone training, firefighters are able to keep overdose victims alive until the treatment can be administered.

“We have resuscitation methods and we keep them breathing until the ambulance shows up,” he said. “They are well profused for the naloxone.”

Since last fall, the health authority has increased its number of take-home naloxone kits to patients attending emergency rooms for overdoses and all 12 Fraser Health ERs are equipped to dispense the kits. Between January and May, 857 take-home kits were dispensed in ERs throughout the region, however Eagle Ridge Hospital had yet to hand out any.

Port Coquitlam Fire Chief Nick Delmonico told The Tri-City News last month that his crews were trained in naloxone administration three months ago, shortly after crews in Vancouver and Surrey.

“It has paid huge dividends,” he said. “We’ve used it probably 10 or 12 times in the last couple of months. There were two or three in just one week and we had one the minute we finished training — we finished at 6 p.m. and at 7:30 p.m. the crew went out on a call and used it.”