Coquitlam is the latest to close city playgrounds

All city playgrounds in Coquitlam, Port Coquitlam and Port Moody are now closed to help halt the spread of the novel coronavirus
Mar 19, 2020 6:27 PM By: Tri-City News 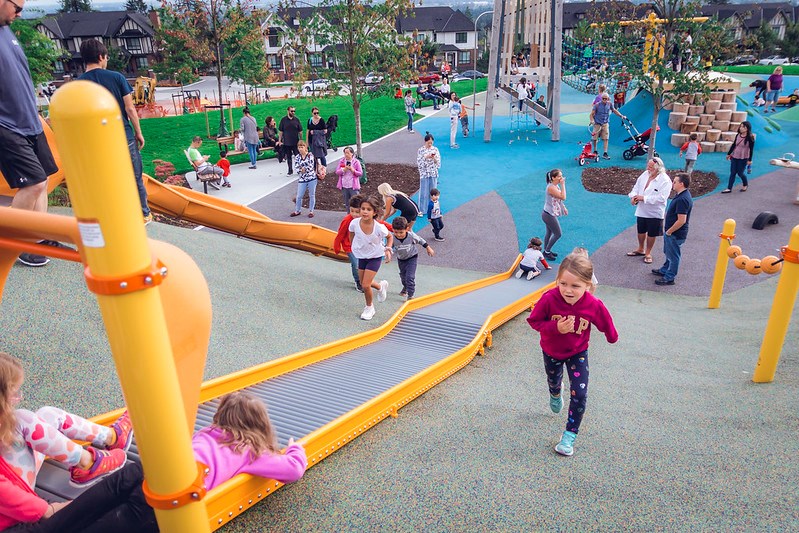 Children play at the opening of Smiling Creek Park on Burke Mountain in September 2019.City of Coquitlam

The city of Coquitlam has become the third municipality in the Tri-Cities to close its playgrounds in a move to halt the transmission of the COVID-19 pathogen.

Port Coquitlam was the first, doing so Thursday morning, and all three cities have now shut all playgrounds at city parks or at civic recreation facilities.

Coquitlam’s decision comes after a day of flip-flopping on the issue. Earlier, a spokesperson for the city told a Tri-City News reporter that the city had no plans to follow Port Coquitlam's lead. But at the the end of the day, Coquitlam issued a press release, stressing the move would be “temporary.”

Instead of going to the playground, the city recommends parents and children enjoy the region’s parks and trails — but avoiding groups and maintaining at least two metres between one another.