The shutdown comes as Henry clarified that movie theatres were included in the new order.
Nov 24, 2020 11:51 AM By: Stefan Labbé 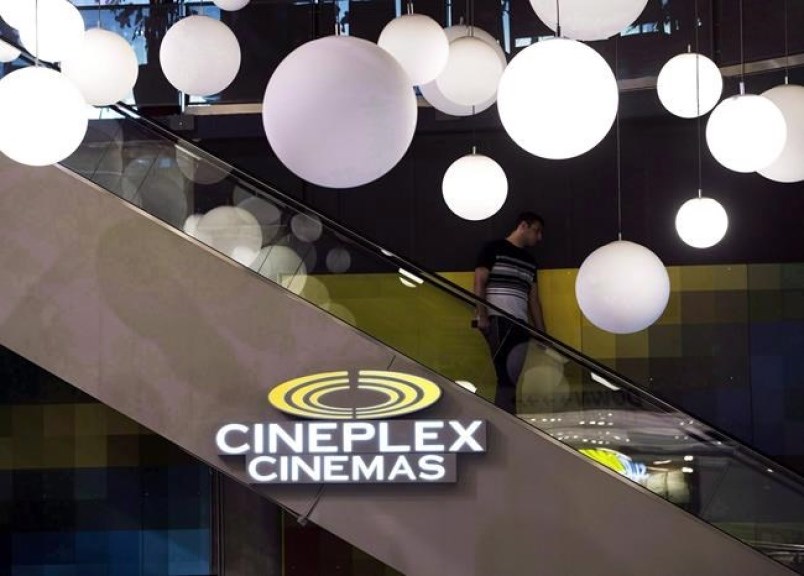 A man makes his way down an escalator during the Cineplex Entertainment company's annual general meeting in Toronto on May 17, 2017. Cineplex says it's ready to start reopening its Coquitlam location as part of a wave of reopenings at select Ontario movie theatres on Friday.THE CANADIAN PRESS/Nathan Denette

Cineplex has shut down its theatres at 170 Schoolhouse St. in Coquitlam following clarification from B.C.’s provincial health officer on what constitutes a public gathering.

The Coquitlam location is one of several across the province that has shut its doors following Dr. Bonnie Henry’s announcement last week of sweeping new measures that limit social interactions to individuals immediate households and limit certain businesses activities.

On Monday, Henry clarified that movie theatres were included in the new order, which now include galas; musical or theatre performances; seasonal activities, including indoor and outdoor holiday events; and silent auctions.

The measures are expected to remain in place until at least Dec. 7; however, Dr. Henry said her office is constantly tracking the trajectory of the virus and will add or lift restrictions accordingly.

In an email, Cineplex spokesperson Sarah Van Lange confirmed that the company’s network of theatres shut down across the province Monday night “in accordance to government directives.”

“Any movie-lovers that have tickets to an upcoming showtime are encouraged to reach out to our guest services team for a full refund,” she wrote the Tri-City News.

Even before Monday’s closure, Cineplex had struggled to draw movie-goers, despite rolling out a number of safety measures and reduced seating capacity when they reopened in July.

Earlier this month, the chain introduced private movie nights at some locations, where groups of up to 20 people could rent out an entire theatre for $125 a film. Whether the restrictions will last through the busy holiday movie-going season is yet to be seen.