Amin Yussuf was deemed one of the most wanted men in Canada after Edmonton police linked him to a 2019 shooting at a hookah bar that left two people injured and one man dead
Mar 4, 2021 10:21 AM By: Stefan Labbé 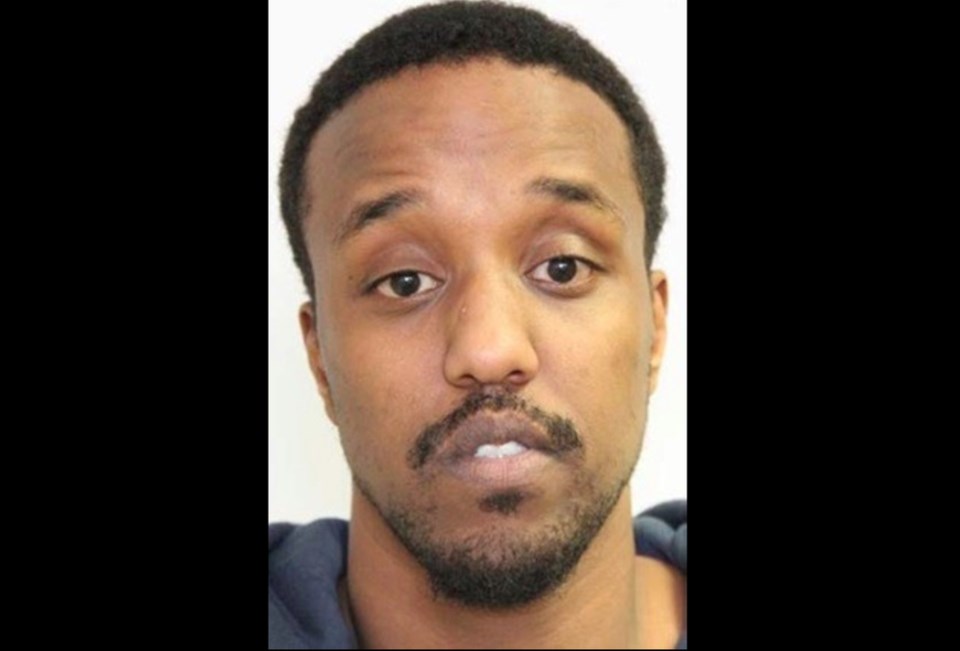 Amin Yussuf was wanted on a Canada-wide warrant for homicide when Coquitlam RCMP arrested him last week after responding to a domestic dispute.Edmonton Police Service/Facebook

Coquitlam RCMP has arrested a man wanted on a Canada-wide warrant for first-degree murder in a 2019 shooting death of a man at an Edmonton hookah bar.

Amin Yussuf, 30, was deemed one of the most wanted men in Canada after Edmonton police linked him to the gunning down of 26-year-old Abubeker Gemechu Abduraman, killed March 26, 2019, at the Xhale Lounge off Edmonton’s popular Whyte Avenue.

When police arrived, two other people were also found shot with non-life-threatening injuries. In January 2020, Edmonton police partnered with Crime Stoppers and the BOLO Program to offer a $50,000 reward that would lead to the arrest of Yussuf.

But authorities failed to capture the man until Coquitlam RCMP received a call about a domestic disturbance in the 3000-block of Sechelt Drive in the early hours of Friday, Feb. 26. On scene, officers arrested a man for obstruction and took him into the Coquitlam detachment where fingerprints revealed his identity was that of Amin Yussuf, according to the Edmonton Police Service.

Because no tipster played a role in the capture of Yussuf, no financial reward will be offered, according to Edmonton police.

Yussuf was transported back to Edmonton on March 3, where he faces four charges, including for first-degree murder, two counts of attempted murder using a firearm and for the unauthorized possession of a firearm.