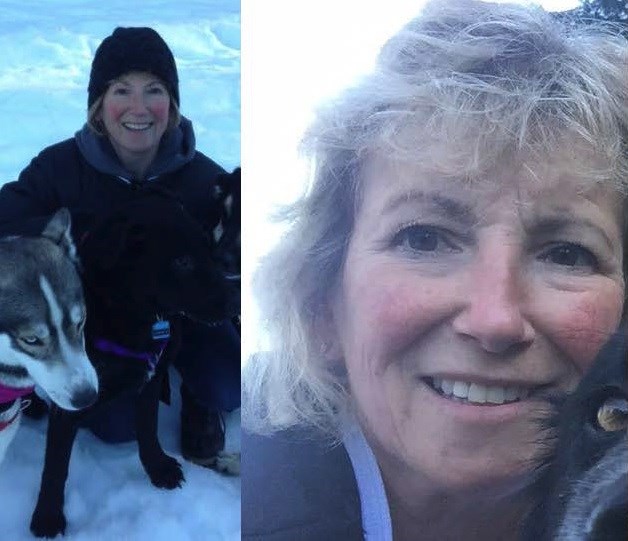 Annette Poitras was last heard from when she said she would be taking her three dogs for a walk near her home. She has not been seen since 2:30 p.m. on Monday and rescuers say she was not equipped to spend a night outside.Coquitlam RCMP

UPDATE FROM COQUITLAM RCMP AT 5 P.M.: It has now been more than 24 hours since 56-year-old Annette Poitras went missing in Coquitlam's Westwood Plateau area, and while the investigation remains an urgent, high priority, search efforts are being scaled back overnight.

Coquitlam Search and Rescue are on the hunt for a 56-year-old woman who has gone missing on Westwood Plateau.

Annette Poitras was last heard from when she called a friend at around 2:30 p.m. on Monday and said she was walking her dogs near her home. Her vehicle was later found at the top of Plateau Boulevard and rescuers said she was not equipped to spend a night outside.

"We have activated search teams from throughout the Lower Mainland," said Michael Coyle, search manager with Coquitlam Search and Rescue. "We are just throwing everything we have at it given the weather and that she has been out for a day now."

Poitras is described as a Caucasian woman with a medium build. She is 4'11" with blonde hair and blue eyes.

The terrain in the search area is quite treacherous, he added, and search crews from as far away as Mission are combing the mountain.

Rescuers have also been speaking with family members, who Coyle said are extremely distraught, to learn more about Poitras dog-walking routine and customary routes.

"The husband was in the truck with us for most of the night," Coyle said. "We were interviewing him about her behaviours. He is quite upset."

Poitras' last call was to a friend as she was walking the dog, however the conversation lasted about 20 minutes but nothing serious was discussed, he said.

Coquitlam RCMP said that anyone with any knowledge of Poitras' whereabouts are asked to call 911 immediately. However, they noted in a press release that rescuers do not require members of the public to help in the physical search of the missing woman.

"We ask that you keep the area clear for searchers and equipment," said Coquitlam RCMP Cpl. Michael McLaughlin in a press release.