Training simulation tomorrow will highlight the need to quickly find people with dementia who go missing
Oct 19, 2018 10:00 AM By: Diane Strandberg 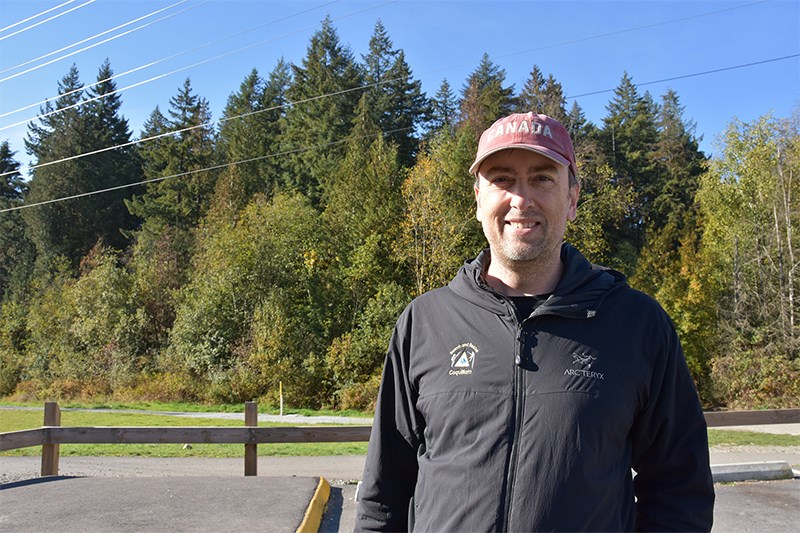 Michael Coyle, spokesperson for Coquitlam Search and Rescue, will be helping co-ordinate an urban search training program for the local SAR team, which will include testing a new app that could be used to locate people with dementia when they go wandering. The search training will take place tomorrow (Saturday) at Mundy Park in Coquitlam.Diane Strandberg

A new smartphone app that could help locate people with dementia who go wandering will get its first test in B.C. this weekend at Mundy Park in Coquitlam.

Saturday, about 15 Coquitlam Search and Rescue volunteers will try out the new Community ASAP app, which would enable pre-registered volunteers to report sightings that can help authorities locate the missing person.

Michael Coyle, Coquitlam SAR spokesperson, said it will be the first time the search organization has tested the app, which was developed by University of Alberta’s Age Well team and a seniors advocate, Ron Beleno, and will give Coquitlam searchers a first-hand look at the proposed system.

“The app could be the start of something interesting,” said Coyle, who advised the team of researchers on ways to make the app more effective but has yet to see how it works in action.

If successful, Coyle believes it would solve a number of problems, namely getting people close to the missing person to keep a lookout, coordinating and keeping track of sightings, and even matching photos taken by volunteers with those of the missing person.

“You don’t have to be heroic. You just have to look in your backyard,” Coyle said of volunteers who could sign up to be notified if a person went missing in their neighbourhood.

But for the app to be successful, it needs to be monitored by a group, such as a police or city emergency response team, or another organization that can be the coordinating body, said Coyle, who started a BC Silver Alert program that sends out via social media reports about people with dementia who’ve gone missing.

Mundy Park is an ideal location to try out such an app, he said, because it’s a place people with dementia might go if they were lost and trying to reconnect with an old memory, such as a previous home, or they could have simply made the wrong turn.

Coquitlam SAR already has a search plan for the park, with maps and other details ready to go, and Saturday morning, members will be practicing a missing person scenario with the trial of the Community ASAP app in the afternoon. A command centre will be set up for the day in the east parking lot on Mariner Way and park-goers might notice some additional activity, with searchers practising different types of search techniques.

Coyle said urban searches are among the most challenging, especially because people with dementia don’t stand out and can take transit if they want to — taking them far away from their home very quickly.

But statistical models of lost person behaviour suggests that 25% of people with dementia are found within 300 m of their last sighting, and 50% within a kilometre, making quick response a critical factor in their relocation.

“If someone goes missing in this park,” Coyle said, “they could walk into the bush. They won’t get far in the bush but they might want to walk in the bush.”

If you’re in Mundy Park tomorrow, watch out for signs indicating the activity is for training only.