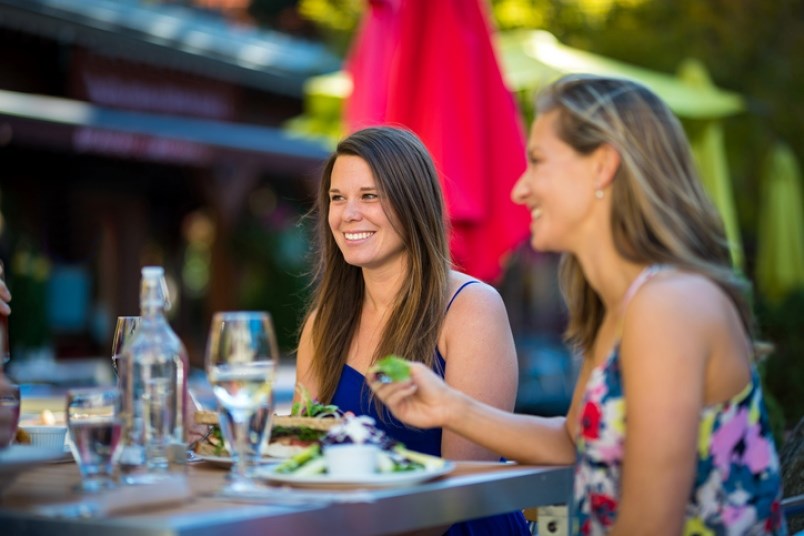 Council unanimously approved a temporary program that will enable establishments to expand outdoors while they deal with reduced capacity associated with stringent physical distancing protocols.GETTY IMAGES

Restaurants, pubs and breweries in Coquitlam will have an easier time increasing patio seating as part of the city’s effort to assist businesses reeling from the COVID-19 pandemic.

Council unanimously approved a temporary program that will enable establishments to expand outdoors while they deal with reduced capacity associated with stringent physical distancing protocols. The streamlined application process means businesses can get their approvals in two days, according to Jim Bontempo, Coquitlam’s manager of building permits.

“I don’t need to mention just how severe the pandemic has been on local business, in particular the food and beverage industry,” he said. “Obviously, the food and beverage industry on a good day depends on patrons being inside the establishments and now we are faced with a situation where due to social distancing and occupant load restraints, there’s just no way a business can operate with one-third or one-quarter of the patrons inside the space. So we need to be creative here.”

Many of the usual requirements for patios are being temporarily suspended.

Building permits for outdoor seating areas, tents and canopies have been eliminated, according to the city, and changes to liquor licenses for the spaces are being pre-approved. Parking requirements are also being relaxed and all applications can be filed electronically, Bontempo said, noting the permits are expected to be valid until Oct. 31.

It is not just restaurants and bars that can apply.

The city said some retailers may also be able to take part in the program, allowing business owners to expand their shops outside.

City staff will closely monitor the rollout of the program and if issues arise businesses could have their privileges revoked.

“We can always enforce our bylaws and deal with the issues and re-instate the space back to what it was if there is an issue,” Bontempo told council this week. “We always retain that… If everyone does their part, there shouldn’t be any issues.”

However, businesses will only be permitted to expand their operations outdoors if they can do so on private property.

The city is looking at a second phase of the program that could allow shops and restaurants to use the untravelled portion of sidewalks, roads and other public rights-of-way, but those changes won’t be before council until later this month.

“That is a little more complicated,” said Jim McIntyre, Coquitlam’s general manager of planning and development. “It is public land under the city’s authority. With that goes liability concerns.”

Some public spaces may have competing uses, like roadways and parking spaces, and could be dangerous for patrons to occupy, McIntyre added. He said staff was exploring the issue and would bring back a report to council later this month.

With many businesses beginning to reopen under British Columbia’s phased plan for a return to normalcy, regulations and bylaws governing the use of adjoining outdoor spaces are being relaxed across the province.

“I do appreciate the responsiveness,” said Coquitlam Mayor Richard Stewart. “This is a trying time for lots of businesses that are trying to make a go of it in very unusual circumstances. I personally want council and the city to the extent that we can to get out of the way.”