A Coquitlam teen who’s also a renowned birder is turning his attention to creating a better environment for his feathered friends. Adam Dhalla, 15, has launched a website, motmot.
Sep 12, 2020 7:00 PM By: Mario Bartel 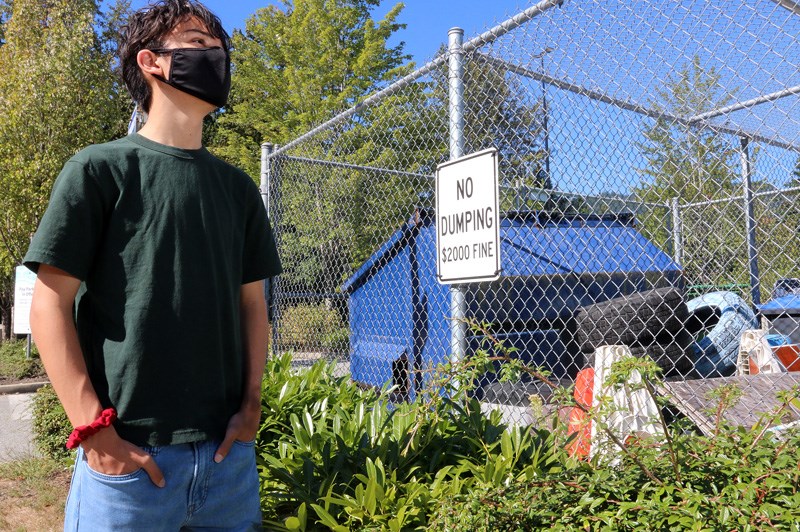 Adam Dhalla, 15, has developed a website that rates local businesses on their sustainability and green practices.MARIO BARTEL/THE TRI-CITY NEWS

A Coquitlam teen who’s also a renowned birder is turning his attention to creating a better environment for his feathered friends.

The site gets its unique name from a family of birds native to central and south America that Dhalla photographed in 2018 as he visited a sustainable coffee operation in Costa Rica. Some of those photos helped earn him recognition as the American Birding Association’s young birder of the year.

But the environs of the plantation also made an impression.

“Birds are like the canary in the environmental coal mine, and the coal mine is starting to seem a little sick,” said Dhalla, who’s in Grade 10 at Port Moody secondary school.

That observation planted a seed that’s finally germinating with the support of Ocean Wise’s YouthToSea program which provides leadership coaching for young people endeavouring to protect and conserve oceans, and a grant from TakingITGlobal that helps fund community service initiatives led by youth.

Dhalla said his project is also driven by a growing awareness amongst his peers that being a consumer means more than just spending money. It also comes with responsibility.

“I’m interested in making green a part of everyday life,” Dhalla said. “It’s in the best interests of everyone.”

The website isn’t Dhalla’s first kick at technology to spread his passions. Last year he started working on a mobile game app in partnership with a software developer in Worcester, Mass., that promotes conservation by allowing players to find and identify birds in virtual habitats like forests, wetlands, grasslands and beaches.

Dhalla said the digital world can serve as a bridge to creating change in the real world.

“It’s going to have to come from the bottom up,” he said of the importance of advocating for sustainability and green practises as a component of combatting climate change.

“Everything starts off as a small initiative.”

So far, that’s all Dhalla’s site is. He has to do all the legwork of contacting businesses, getting them to respond to his survey, then compiling their answers into a mathematical score.

But as the site continues to evolve, along with his programming skills — and word spreads — Dhalla hopes more businesses will jump aboard as a way to promote their own environmental efforts.

After all, it doesn’t just help the planet, it can also help their bottom line.