Coquitlam to give financial break to developers amid COVID-19

The city of Coquitlam has approved a deferred payment measure to give developers extra time to pay a fee which covers any infrastructure damages or upgrades surrounding a new building.
May 10, 2020 3:45 PM By: Stefan Labbé 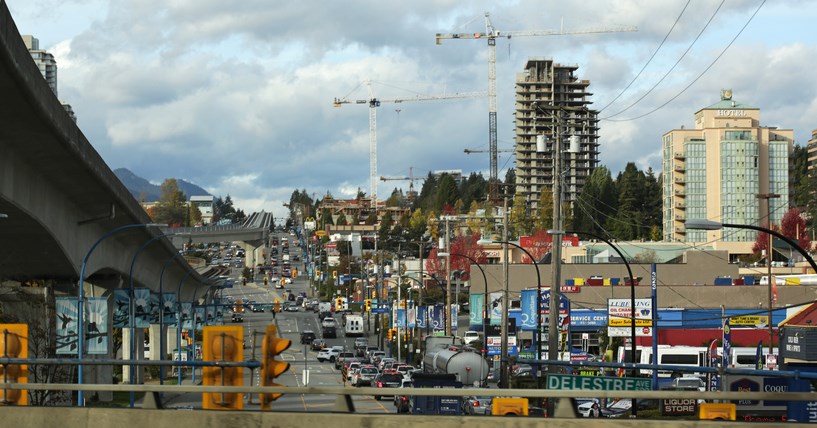 Construction on the Coquitlam side of North RoadGetty

The city of Coquitlam has approved a deferred payment measure to give developers extra time to pay a fee which covers any infrastructure damages or upgrades surrounding a new building.

The temporary changes in the city’s development security structure mean developers can defer 75% of this fee — which can reach into the millions of dollars — for months, if not years.

“This is money we hold in trust. Once the building is finished, we give it back,” said Andrew Merrill, director fo development services. “It’s like paying a damage deposit on an apartment.”

The new measure, targeting one of a dozen fees charged to developers, will free up cash flow and reduce red tape for developers, and help them avoid taking on more debt, said Merrill.

Developers usually pay the city a performance security of 110% of projected utility and infrastructure costs when they receive the development permit. But under the new two-step process, one-quarter of the estimated cost will now be paid at the development permit stage, and three-quarters when either a building permit is issued or a subdivision is approved, according to a written statement from the city.

If a developer was looking to put up a six-storey building with 100 units, the fee would work out to about $1.5 million. If at any point the developer trashes the sidewalks and curbs or cuts up the street, water and sewer pipes, they’re expected to restore them and do all the necessary upgrades.

“If they disappear or go bankrupt, the city has that money to repair the infrastructure,” said Merrill, adding that has happened only once in his 15-year career with the city.

In 2019, the city of Coquitlam took in $30 million in performance securities. This change, noted the city in a written statement, “could free up to approximately $22 million to help businesses with cash flow at this time.”

Staff have also approved a digital signature pilot program that allows applicants to sign digitally for permits and other documents, and so reduce the need for face-to-face contact.

At a time when the COVID-19 pandemic is putting a squeeze on many businesses, lowering developers' initial costs and cutting red tape is intended to incentivize them to keep moving forward on new construction, allowing them to continue paying their employees and maintain all the economic spin-off industries surrounding the construction sector.

“We’re also still in an affordability crisis. Many are housing projects, so they are building up supply, reducing the shortage,” said Merrill.

“We don’t want to unduly tank one sector of the economy if we don’t have to.”

With a sunset clause of January 2021, the measure will “either expire, or god forbid, if we’re still in the middle of this crisis, council can extend it.”

The break to developers is one of a series of economic actions city staff have been working on in recent weeks. Some, like the two-step deferred payment measure, can be carried out under existing rules. But many others, including bylaw waivers and policy changes, will need the approval of council.

Over the next three weeks, staff are planning to bring new measures to council designed to help local businesses, residents and non-profits. For example, Merrill and his colleagues are looking to ease restrictions around restaurant patios. That would give restaurants the option to spill out onto the sidewalk and so maintain physical distance between eat-in diners when restrictions are expected to ease after Labour Day.

Staff have been in close contact with their provincial counterparts, coordinating their stimulus, support and recovery plans to make sure resources aren’t getting wasted.

“We’re trying to make sure everything dovetails with the province’s plan,” said Merrill. “We don’t want to double up.”