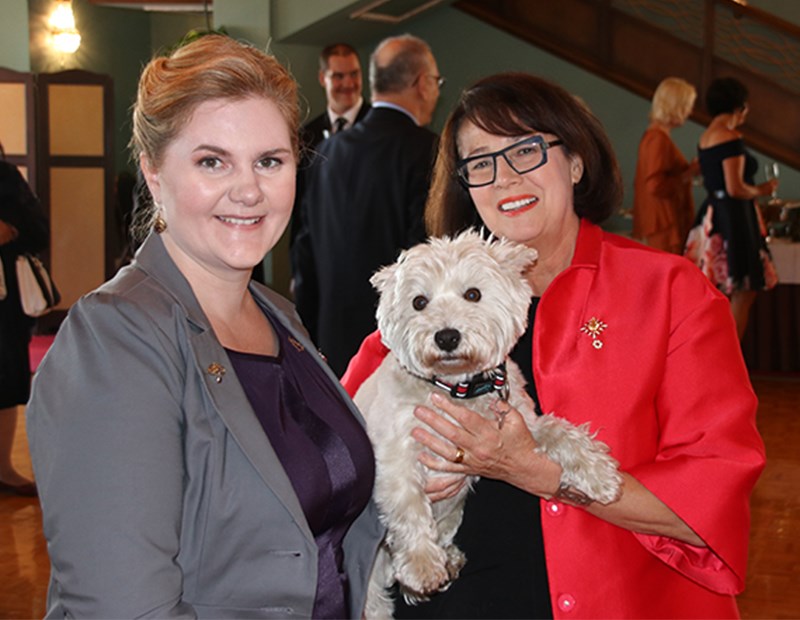 A Coquitlam woman was one of 40 British Columbians to receive the Sovereign’s Medal for volunteers Thursday in Victoria.
The medal was presented to Jennifer Martin-Blatherwick by British Columbia Lt. Gov. Janet Austin. The award recognizes exceptional volunteer achievements of Canadians in a wide range of fields.

Martin-Blatherwick, according to a provincial government news release, motivates children to develop critical thinking and creative problem-solving skills. She is a director of Odyssey of the Mind BC, which is the flagship program of the Creative Problem Solving Society. Martin-Blatherwick also coaches two Odyssey of the Mind teams, one at Coquitlam's Maillard Middle and one at at Rochester Elementary school, with theteams being Provincial Champions in 2013, ’14 and ’15.

Her other volunteer activities include acting as the secretary for the Maillard middle school PAC, sitting on a Citizens Advisory Committee for federal Corrections, a community advisor to the city of Coquitlam during the consultation process for Rochester Park’s restoration and being a Girl Guides of Canada troop leader.

Martin-Blatherwick is a candidate for Coquitlam school trustee in the election Oct. 20.