Carol Todd worries Aydin Coban will be released before he can be extradited to Canada
Sep 29, 2020 10:52 AM By: Diane Strandberg 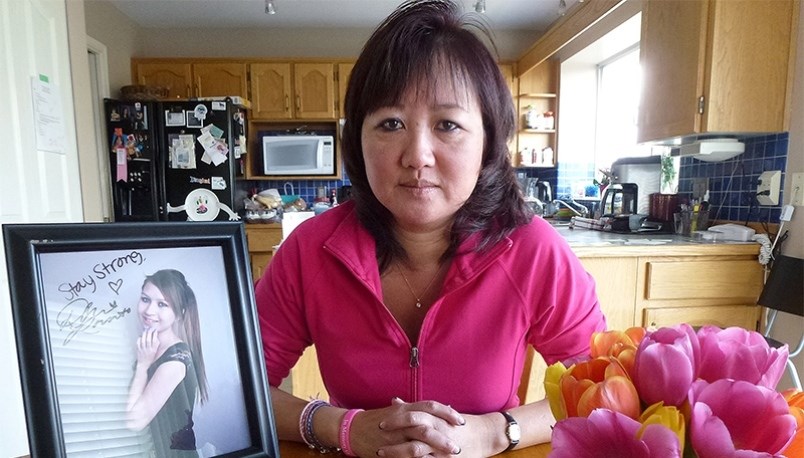 Carol Todd, a Port Coquitlam teacher, with a photo of her daughter, Amanda, who committed suicide in 2012 after being bullied and exploited online.Diane Strandberg/File

The mother of Amanda Todd is worried her daughter’s alleged blackmailer will be let out of his Dutch prison before he comes to Canada to face charges here.

Carol Todd has been closely watching the case of Aydin Coban who could be out on early release as early as February, 2021, even though he was originally sentenced in March, 2017, to nearly 11 years in jail for online abuse and for blackmailing 34 young girls and men.

“I just want this to happen and as time goes on I get worried because (if it doesn’t happen soon) everyone who has knowledge and interest will be retired,” said Todd, who lives in Port Coquitlam and is a School District 43 teacher.

However, the Canadian justice department has stated in an email to the Tri-City News it is working with the government of the Netherlands on the matter, but it’s up to the Dutch government to issue Coban a passport.

“Canada did seek Mr. Coban’s temporary surrender so that he could be tried in British Columbia while he continues to serve a Dutch prison sentence. The provincial prosecution service has also applied for an order that would allow for Mr. Coban’s detention when he arrives in Canada. That order has been granted by the Supreme Court of British Columbia, in which Mr. Coban will be tried. For safety and security reasons, we cannot provide further detail on his potential transfer,” stated Ian McLeod of public affairs and issues management.

McLeod further stated that COVID-19 hasn’t prevented the extradition of “any person to or from Canada.”

While it’s been eight years since her daughter died by suicide after posting a poignant video about how she was exploited and bullied online, Todd says she remains active in promoting mental wellness and programs to support youth.

An online auction running Oct. 1-14 in support of the Amanda Todd Legacy in conjunction with World Mental Health Day Oct 10 is helping to raise money for local programs.

Todd said she wasn’t expecting many donations for this fourth annual fundraiser because of COVID-19, but numerous business owners have stepped up and she now has $10,000 worth of items up for bid.

“And now that we’re eight years past, the parents still are aware of the story, but those young people who were Armada’s age are now in their mid-20s, some of them with businesses of their own, they are taking an interest and helping out,” Todd said.

Dozens of items are up for auction, including paintings, jewelry, Dr. Bonnie Henry-inspired signage and a year’s worth of bread from Cobb’s Bread.

To bid, visit amandatoddlegacy.org and click on Legacy Auction.