Operation Bags of Hope collecting now for Christmas delivery to ensure there are enough bags to go around
Jul 4, 2020 8:00 AM By: Diane Strandberg 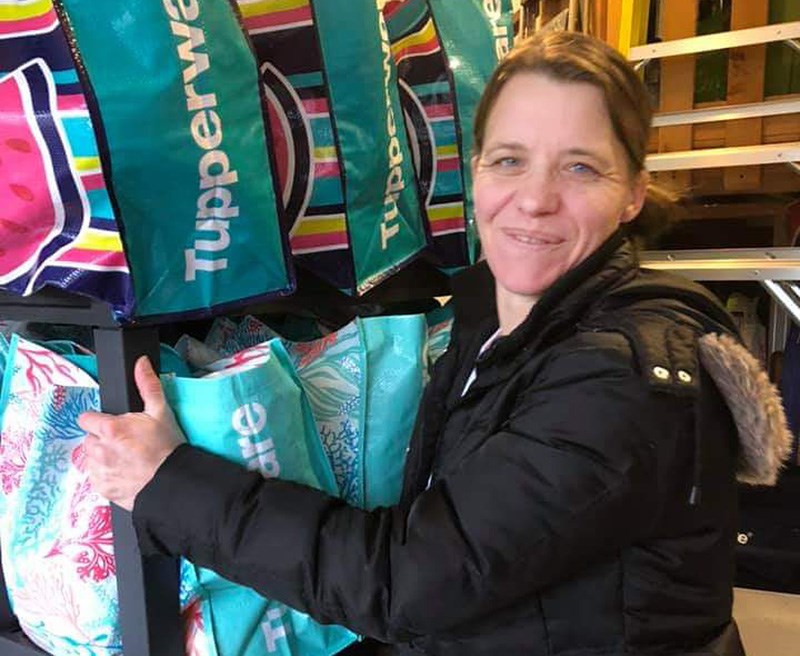 Jessa Turner with some of the bags of donated goods that were distributed in December, 2019. This year the Operation Bags of Hope for Christmas is starting earlier due to COVID-19, with people asked to collect new items and pack the bags themselves or donate to a Go Fund Me page.Submitted

For some keeners, it’s never too early to start planning for one of the biggest celebrations of the year.

But now, with a pandemic putting a stop to plans from everything from international travel to large gatherings, thinking ahead seems more difficult than usual.

Not so for Jessa Turner and her band of volunteers who are already setting in motion a drive to collect bags of useful goods and toiletries for the region’s homeless population.

“At first I thought of not doing it this year because of COVID,” the Coquitlam woman told the Tri-City News, “but then I heard from a lot of people who were disappointed and came up with a way to do it safely.”

Operation Bags of Hope for Christmas is pivoting to collecting full bags of items that will be distributed in December, instead of individual items.

That way goods are only handled once, Turner said.

What’s more, potential contributors have more time to save up, collect items and then bag them for the charitable program.

That’s because instead of waiting until the fall, Turner has already posted on Facebook and GoFundMe a list of needed items and is accepting bags if they are ready to go.

This is the seventh year Turner has assembled and handed out bags, with more than 500 people getting the donated goods to help make their lives easier.

“We see people in tears opening their bag items,” said Turner, who said people appreciate being thought of during the holiday season.

Bags should include the following new items: a fleece throw, socks (size 9-11), gloves, a toque, a scarf, lip balm, cough candies, soap, tissue, rain poncho, a $5 gift card to a convenience store or fast-food restaurant, as well as a few toiletries for either men or women.

Each bag filled is worth approximately $45. Except for the blanket, items are requested to be new and can be packed in a cloth shopping bag, backpack or something similar.

Food items such as soft granola bars, fruit cups, juice boxes, porridge packets and hot chocolate can be added in as well, as they are always enjoyed as an added treat for the recipients.

For more information about Operation Bags of Hope for Christmas, visit here and here.