Crackdown in Port Coquitlam to save bears 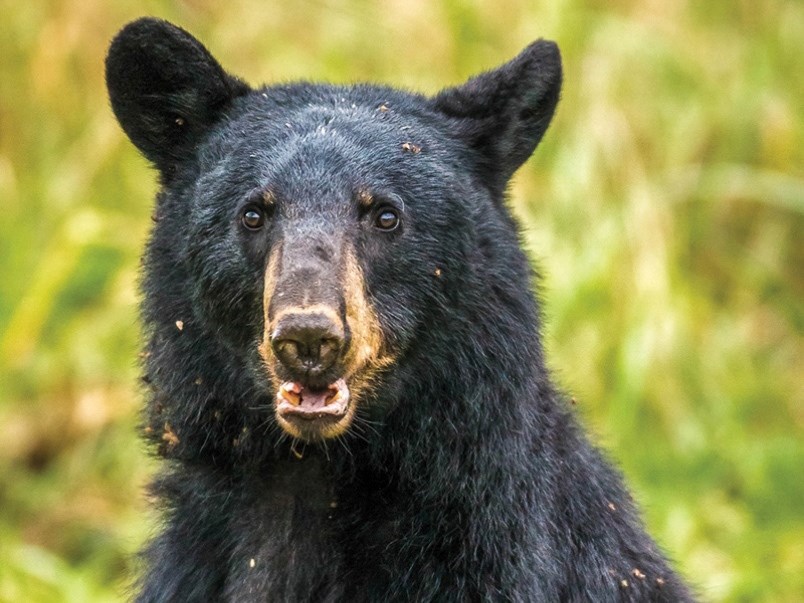 Conservation officers will be patrolling near Raleigh Street and along Prairie Avenue looking for green bins or garbage carts left unlocked, fruit left on trees or on the ground (even unripe fruit must be removed,) pet food left outdoors and bird feeders not taken down.

Conservation officers will be cracking down on bear attractants in two Port Coquitlam neighbourhoods next week in their efforts to wind up the final days of bear season without a conflict with a problem bear.

Officers will be patrolling near Raleigh Street and along Prairie Avenue looking for green bins or garbage carts left unlocked, fruit left on trees or on the ground (even unripe fruit must be removed,) pet food left outdoors and bird feeders not taken down.

People are asked to clean their barbecues, too, because the smell of food and grease can attract bears, as well.

“Our intent is to be proactive here and adjust human behaviour so the bears move on,” said Nicole Caithness, conservation officer for the Fraser North Zone.

Several families of bears have been getting into garbage and other attractants in the area, resulting in 225 calls to the CO service since September, the highest in the Tri-Cities.

This is the time of year when bears fatten up for the winter and so they will be looking for food. These neighbourhoods have attracted bears in recent weeks and Caithness hopes if the attractants are removed the bruins will go elsewhere and choose natural food.

But people must do their part, if not, they could be handed a $230 fine pursuant to section 33.1(2) of the Wildlife Act.

One of the biggest issues is unsecured green bins and garbage carts and the COs would like to see them locked inside sheds or garages, but if that’s not an option, they must be locked with the city-provided bear resistant clip, aside from scheduled collection days.

“Instead of basically acting until the bears need removal, we’re going to proactively hand out fines or dangerous wildlife protection orders, the hope is if there is no food the bears will move along to more suitable habitat,” Caithness said.

This isn’t the first time Port Coquitlam has had a problem with bears and attractants. In early September, COs had to destroy a 600 lb. bear that was getting into people’s yards, eating garbage, knocking down a gate and banging on the door of a single family home.

For more Information on securing attractants, visit the WildSafe BC website at wildsafebc.com to report bears accessing attractants or other wildlife related incidents, call the RAPP Line at 1-877-952-7277.