Displaced by Coquitlam hotel fire, shelter resident says she's been 'abandoned,' but BC Housing says help on the way

According to BC Housing, 15 of the displaced shelter room residents were provided housing in the Tri-Cities, 15 in Abbotsford and six in Mission.
Jun 16, 2021 10:45 AM By: Diane Strandberg 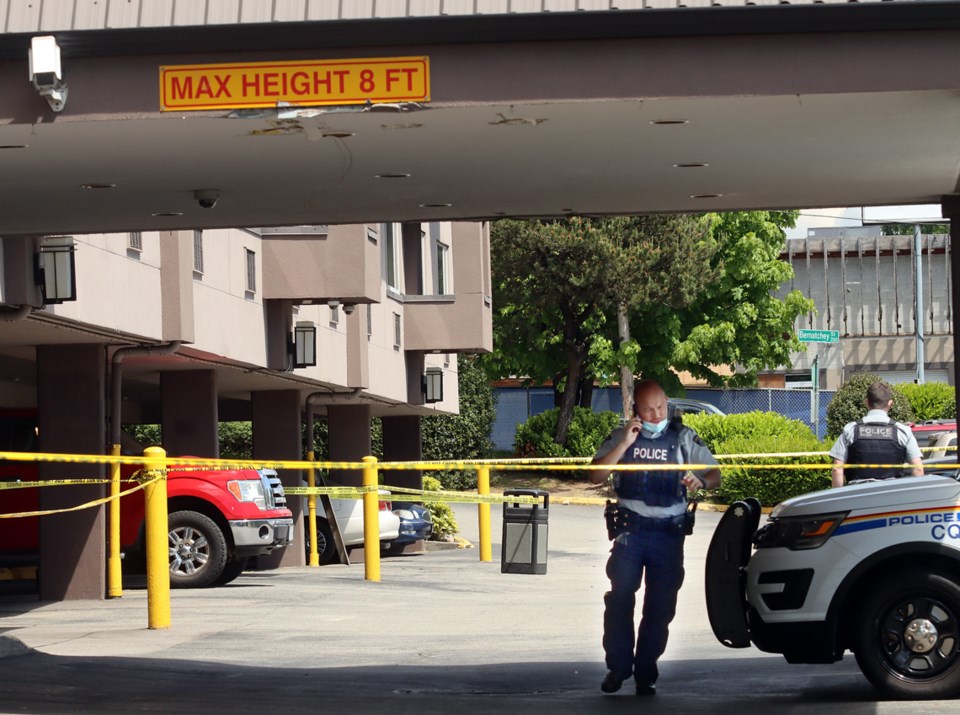 Coquitlam RCMP investigate a fire that damaged at least one room at the SureStay motel on Brunette Avenue on May 19.MARIO BARTEL/THE TRI-CITY NEWS

A cry for help from a former resident of a hotel burned in a blaze last month may soon get her wish.

Linda Bloxham expressed frustration about the lack of information about what will happen to the former residents of the SureStay Hotel in Coquitlam who were displaced by a fire on May 19.

“We have not heard from anybody,” said Bloxham in an email to Tri-City News, stating that the former residents are stranded in cities far removed from the city they call home.

“Can you please send help,” said Bloxham, who is currently housed at a Travelodge in Abbotsford.

RESIDENTS MAY MOVE BACK AT THE END OF JUNE - BC HOUSING

However, BC Housing says residents may be able to return to their shelter rooms by the end of the month.

“On May 19, a fire at the hotel displaced all residents, including BC Housing’s guests. The fire was not started by a guest that BC Housing is supporting, nor was it started in any of the hotel rooms leased by BC Housing. We anticipate that guests will be able to return to Sure Stay by the end of June 2021, once renovations to the building are complete and it’s safe to return,” stated a spokesperson in the email.

Meanwhile, all relocated BC Housing residents will receive supports from Fraser Health and the Phoenix Society, the email further stated.

The blaze that started on a different floor than the shelter rooms required everyone to evacuate from the Best Western SureStay hotel on Brunette Avenue, displacing 36 residents who had been living in rooms funded by BC Housing.

Phoenix Society CEO Keir Macdonald said at the time that space was found in other shelters and hotels for the residents but not all could be relocated in the Tri-City area, due lack of shelter space.

According to BC Housing, 15 of the displaced shelter room residents were provided housing in the Tri-Cities, 15 in Abbotsford and six in Mission.

Former SureStay residents seeking information are encouraged to email their questions to communityrelations@bchousing.org.

The emergency response shelter was set up to provide rooms and supports for vulnerable Tri-City homeless during the pandemic.

In addition to a room and food, residents of the Sure Stay had access to 24 hour support and help with medications and nursing care.

Coquitlam has another shelter, the 3030 Gordon Project operated by RainCity Housing, providing rooms and longer-term housing, but it is currently full.

36 vulnerable homeless sent to shelters in other cities after Coquitlam hotel fire
May 21, 2021 12:54 PM