Election is on for Port Coquitlam's first 'official' pet 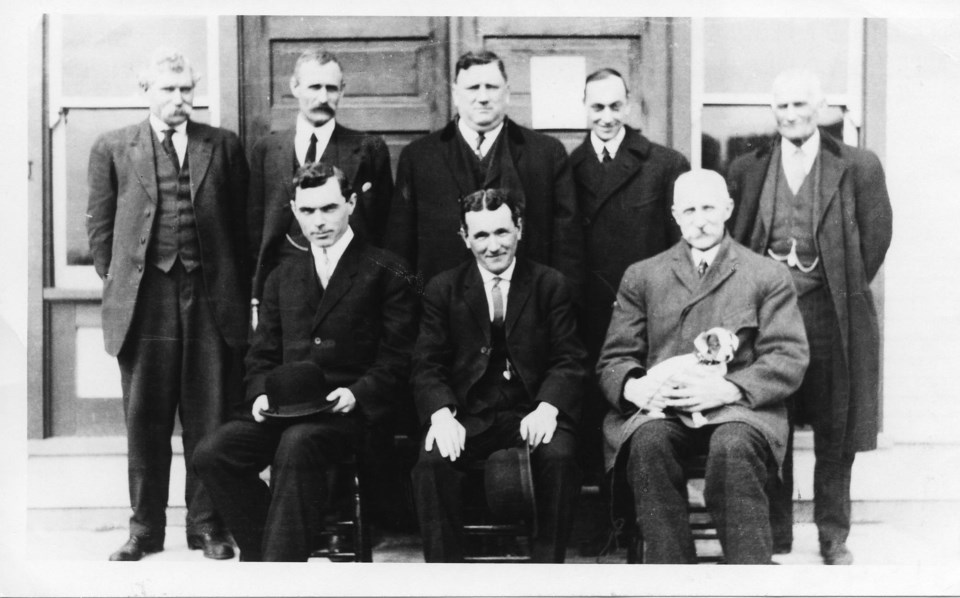 A photo of Port Coquitlam’s first council in 1913, with a dog on an alderman’s lap. POCO HERITAGE

Port Coquitlam has a mayor, city council and May Day royal party.

But, soon, the city will inaugurate a new official: pet ambassador.

Nominations are now open for Port Coquitlam residents wanting to see their dog, cat, bunny or bird — or any domesticated animal with two, three or four legs — take the title.

Registration is open until May 9, with voting from May 11 to June 18; the cost to vote is $1, and the pet with the most amount of cash in the end wins the “election.”

Proceeds from the fundraiser will support PoCo Heritage Museum and Archives that, like many non-profits, has struggled financially during the pandemic lockdown.

Museum manager Alex Code said that the idea came from a volunteer who learned about Rabbit Hash in Kentucky, where the local residents vote for canine mayors.

Its current mayor is Wilbur Beast, a French bulldog.

“There are a lot of historical societies that have done similar fundraisers in the United States,” Code said. “We thought this would be cute and light-hearted for us, too.”

Port Coquitlam’s winning candidate will be named by Mayor Brad West and introduced before city council at a meeting, he said. As well, if the animal is able, the pet ambassador will represent the community at various civic and museum events, during its one-year term.

Besides receiving a sash and city pin, the pet ambassador will also have its photo up on the wall at the PoCo Heritage museum, located on McAllister Avenue.

Code hopes the pet election will become an annual contest.

• To enter the pet election, register via pocoheritage.org.