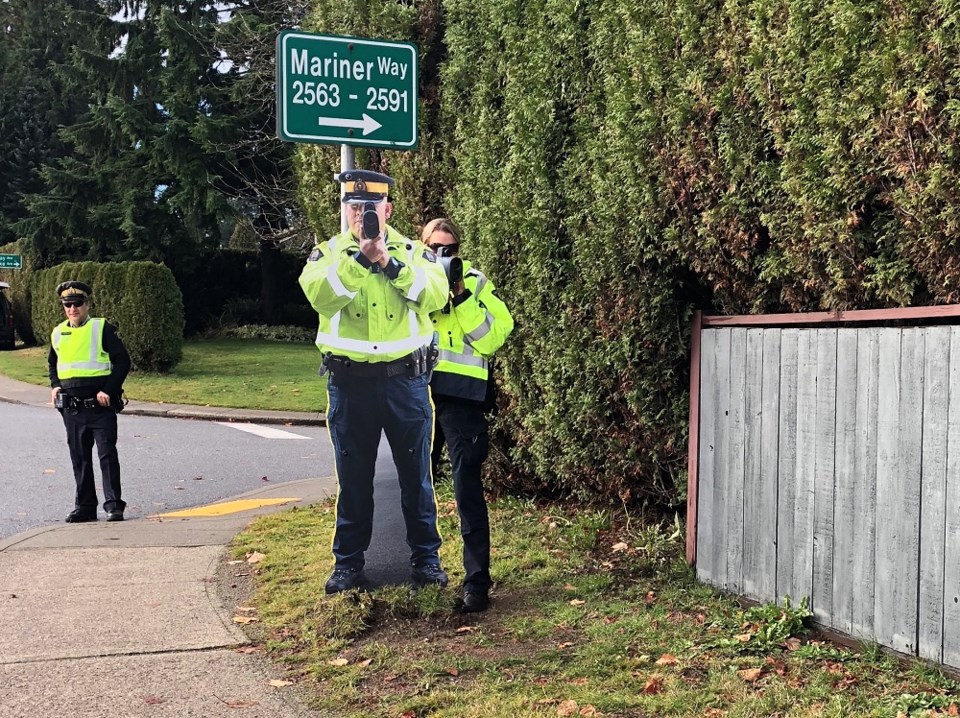 A metal image of an RCMP officer holding a radar gun has been effective in reducing speeding say Coquitlam RCMP.Coquitlam RCMP

Constable Scarecrow has passed probation with the Coquitlam RCMP.

The detachment is giving a one-year contract extension “for a job well-done,” according to a detachment press release.

In September, Coquitlam RCMP introduced Constable Scarecrow as a pilot project. It was hoped the metal life-sized boards displaying the likeness of a traffic enforcement officer holding a radar gun would slow down speeding drivers. The idea has exceeded expectations, according to RCMP monitoring.

“Perhaps the biggest surprise so far is that even after two weeks in one spot, people were still slowing down in the presence of Constable Scarecrow”, said Corp. Michael McLaughlin in the release. “The number of drivers going more than 10 km/h over the speed limit was half compared to before Constable Scarecrow was installed”.

Scarecrow’s first assignment was Pinetree Way near Burlington Drive in Coquitlam. The week before he was set up, officers found 5.2% of drivers were more than 10 km/h over the speed limit, with 18 of them exceeding it by 30 km/h.

Scarecrow will get an upgrade along with his extension receiving heavier-gauge steel and more realistic, safety features such as reflective tape.

“We’re glad to see Constable Scarecrow get so much respect, but we understand that not everyone is on his side”, said McLaughlin. “We’re assigning more enforcement teams to support Constable Scarecrow. He’s a man of few words, and his more action-oriented colleagues are far more likely to write tickets for people who still choose to speed.”