Fines go up for illegal parking in Port Moody

It’s going to cost you more if you park illegally in Port Moody. Tuesday, council agreed to double fines to $100 for parking in contravention of a traffic control device as well as stopping or parking where signs say it’s not allowed.
Jul 29, 2020 5:32 PM By: Mario Bartel 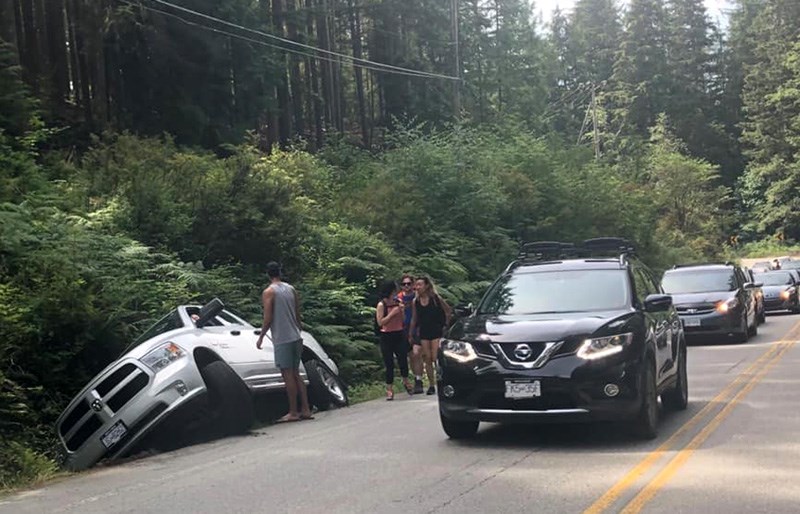 An example of extreme parking along Bedwell Bay Road, near Sasamat Lake. Fines for parking illegally in the are have recently been tripled by the village of Belcarra and Tuesday the city of Port Moody doubled its fines for illegal parking.FACEBOOK

It’s going to cost you more if you park illegally in Port Moody.

Tuesday, council agreed to double fines to $100 for parking in contravention of a traffic control device as well as stopping or parking where signs say it’s not allowed. The fines are discounted to $50 if they’re paid within 30 days. Previously infractions cost $50 and $25.

Port Moody has been under increasing pressure in recent weeks to control vehicles parking illegally along Bedwell Bay Road at Belcarra Regional Park as sun seekers flock to Sasamat Lake and White Pine Beach to cool off from the warm summer weather.

City manager Tim Savoie said more than 200 vehicles had been ticketed along Bedwell Bay Road one recent weekend and several cars were towed. He added more would have been hauled away if additional tow trucks had been available.

The village of Belcarra also recently tripled its fines for illegal parking in an effort to deter visitors to Belcarra Regional Park using its portion of Bedwell Bay Road as a staging area for their excursions to the lake and beach.

Since January, visitors to the park have increased by 67% since the same time period last year, causing consternation about crowded conditions when people should be staying apart because of the ongoing COVID-19 pandemic.

On Monday, Port Moody police said it had recently responded to several assault calls at the park as well as calls about abuse to bylaw officers. It said the “sheer number of people attending the park” was causing friction.

Port Moody Mayor Rob Vagramov said some of those visitors, turned away at park gates when its vehicle lots quickly filled to capacity, didn’t hesitate to park illegally along the roadway. He said some just tossed the posted No Parking signs into the ditch.

Tuesday, he reiterated an earlier admonition for people to consider enjoying the summer weather further afield.

“We have 20,000 incredible lakes dotted around the province and with just a little bit of creativity, I’m sure we can enjoy and maybe even have a better time than at Sasamat Lake,” he said.