Officers responded twice in one day after three men were seen carrying what appeared to be a rifle and a handgun in the public eye.
May 29, 2021 8:30 AM By: Kyle Balzer 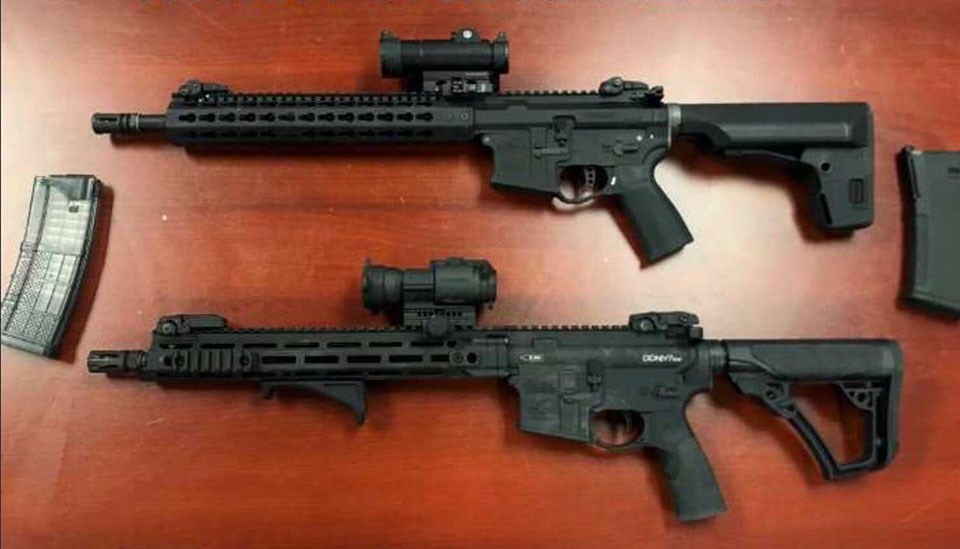 Port Moody Police are reminding that waving or wielding replica hanguns in public view can lead to officers' response. Which one of these do you think is the replica?Port Moody Police Department

Port Moody Police (PMPD) is issuing a reminder that openly wielding firearms can lead to concerning situations, whether the weapons are real or not.

A total of three men were arrested nearly 10 hours apart on Wednesday (May 26) after residents notified police they were carrying what appeared to be legitimate firearms, one around a home and another in a public park.

All involved turnout to be replicas, but in one instance, officers found an actual firearm after one of the men was arrested.

“The difference in appearance between real and replica firearms is often negligible and it is usually impossible for police to make that determination during an unfolding event,” explained PMPD spokesperson Staff Sergeant Brad Sheridan.

“We would like to thank the members of the public who contacted us about each of these incidents.”

At 6:30 a.m. on Wednesday, police responded to reports of a man carrying a rifle around a home, which had occupants inside.

Officers contained the home and removed the occupants, detained the man in question and determined he was carrying a pellet gun, pictured in the above photo.

However, an actual firearm was later found near the scene of the incident. An investigation is now ongoing.

In the afternoon that day around 4 p.m., PMPD were called to a local park where two men were witnessed passing a handgun between them.

Later determined to be youths, one of them was seen pointing the apparent weapon at a person walking by them.

They were eventually found and arrested by police. The handgun turned out to be a replica.

However, charges are pending for both suspects, which officers say may include a breach of already imposed court conditions for one of them.

No other information has been released at this time.

“Displaying weapons, real or replica, in view of the public can cause significant community concern and will often lead to a police response,” the PMPD adds in a statement.

Anyone who sees similar incidents involving handguns, real or not, is urged to call Port Moody Police at 604-461-3456.