Flood watch for the Tri-Cities 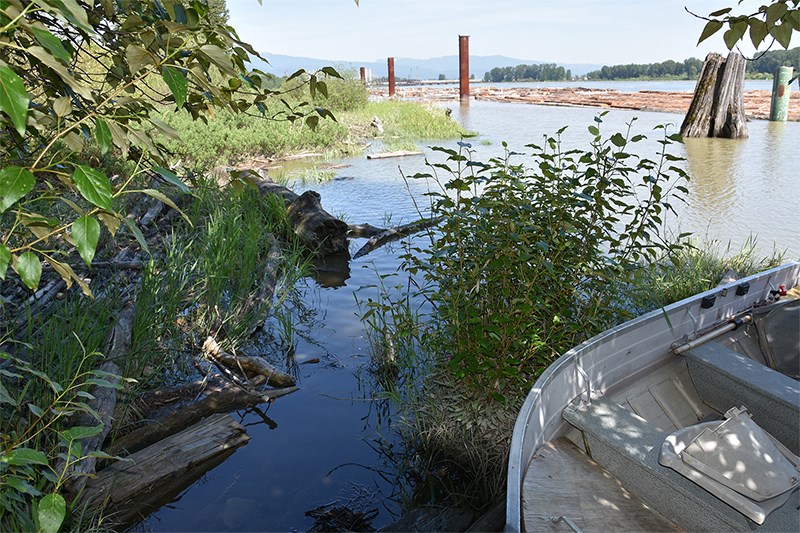 Rivers, including the Pitt River shown here in Port Coquitlam, are running high because of the spring freshet, prompting Coquitlam and Port Coquitlam authorities to monitor dikes and pay close attention to forecasts by the BC River Forecast Centre.Diane Strandberg

Interior B.C. communities are facing flooding due the spring freshet but waters are much calmer in Port Coquitlam and Coquitlam where no major flooding is expected.

However, that could change if the pace of snowmelt quickens and authorities are keeping a close eye on the situation.

Water levels are expected to peak on Monday, according to Jozsef Dioszeghy, general manager of engineering and public works, and so far it appears the high point will be 2.75 metres at the Port Mann gauge, lower than the 3.5 to 4 metres that would generate flooding in the area.

“We seem to be in good shape,” said Dioszeghy.

What is fueling speculation of high river flows this weekend is a combination of hot weather and a greater than normal snowpack.

“That will result in more water coming down and the the rate coming down depends on ambient temperature,” said Dioszeghy, who said he gets daily reports from the BC River Forecast Centre.

Port Coquitlam is also monitoring the water levels and the potential for flooding and last weekend sent out an advisory warning the public to be cautious around the Fraser River and adjacent water courses.

Both cities are monitoring dikes daily, ensuring they are in good repair and stocking up on sandbags just in case.

In Coquitlam, areas near Como and Nelson creeks have also been cleared to prevent flooding, sanitary manholes have been identified in case they need to be sealed, and an order of standby pumps, generators, hoses and fittings have been ordered in case they are needed.

The city is also waiting to hear if it has received a grant to do a flood risk assessment and mitigation study of the Mayfair Industrial Park area, which is bordered by the Fraser River and Colony Farm Regional Park, and has been identified as a high-risk area.

While water levels are not expected to be so high as to cause major flooding, they are likely to peak higher than in recent years.

According to a report from the B.C. River Forecast Centre, temperatures have been hotter than normal at the same time as the snow pack is higher. Most of the areas of concern are in the Okanagan, Similkameen, Bulkley Valley and Prince George.

“The weather is a fairly strong certainty, over the five to seven days, the uncertain piece in terms of snowpack in mid elevation is how that is going to pick up,” said David Campbell, in a teleconference with the media Monday.

He said the Fraser River is a massive and complex river system that drains over a quarter million square kilometres.