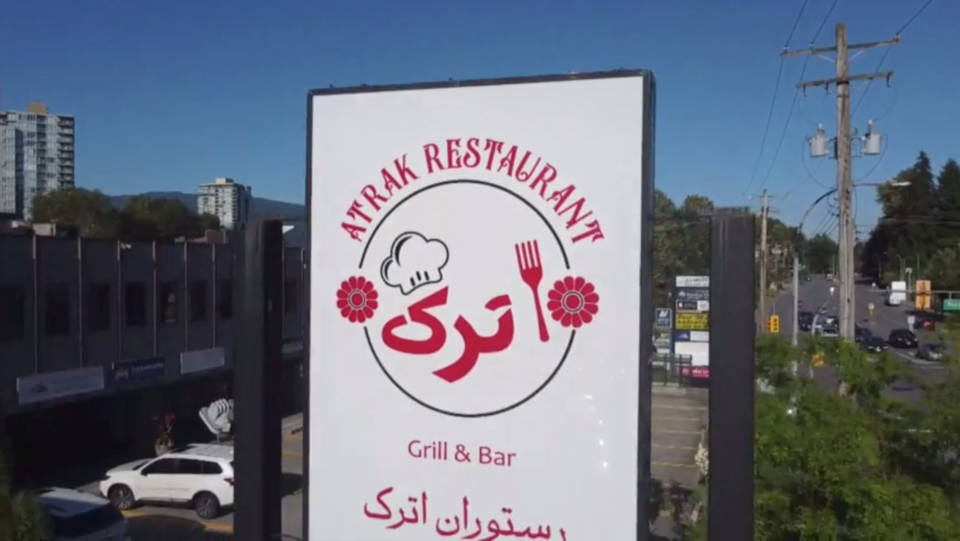 Atrak Restaurant is the second potential public exposure to have occurred at a Port Moody restaurant in the last week.Screenshot/Atrack Restaurant

Fraser Health has flagged a Port Moody restaurant over a COVID-19 public exposure event, the second such warning for one of the city’s restaurants in less than a week.

Another public exposure warning issued Friday, Oct. 23, still applies to anyone who attended a wedding party that passed through the Saint Street Grill — 1.5 kilometres down the street — on Oct. 10.

Public health notes that if an individual was at a public exposure at the specified times, it does not mean they will develop COVID-19; however, they should monitor for symptoms as a precautionary measure as they go about their usual daily activities.

Possible public exposures listed on the portal are “believed to be low risk” and Fraser Health states there’s “no known risk to anyone who attended any listed locations outside of the specified dates and times.”

The public exposures come as Fraser Health warns of an uptick in cases across its jurisdiction, which stretches from Hope to Delta and includes the Tri-Cities.

In the Tri-Cities, the public health exposures at the two Port Moody restaurants have been accompanied by a cluster at a Port Coquitlam yoga studio and exposures at at least 10 schools across SD43 in the last week.

On Monday, the percentage of tests that came back positive in Fraser Health hit 8.3%, equal to Bismarck, N.D., the U.S. state with the highest per-capita caseload in the country right now.

That same day, Provincial Health Officer Dr. Bonnie Henry ordered to limit the number of people British Columbians invite to house parties and advised to wear masks in all public indoor spaces after a record-­breaking number of new cases of COVID-19 were reported over the weekend. The order will affect all upcoming celebrations, including Halloween, Diwali, Hanukkah and Christmas.

As of Tuesday, the 1,784 active cases of COVID-19 in Fraser Health represented 77.8% of all cases in the province.

The recent surge in cases has put massive pressure on contact tracers in a region where high population density and more multi-generational homes have contributed to growing transmission rates.

Even as the health authority says it has moved to hire hundreds of new staff, Fraser Health chief medical health officer Dr. Elizabeth Brodkin told reporters Tuesday it has been cancelling or delaying flu vaccine appointments at public health clinics so it can shift staff into COVID-19 contact tracing roles.

“We obviously are concerned when we hear that a case or a contact has not been followed up in a timely way,” she said. “It’s one of the reasons we are going out to the community and saying additional actions need to be taken to bend this curve back down again.”