Coquitlam resident Abnash Kaur Gill has began a group at Dogwood Pavilion to cater to South Asians and immigrants in Coquitlam.
Jul 31, 2017 3:07 PM By: Janis Cleugh 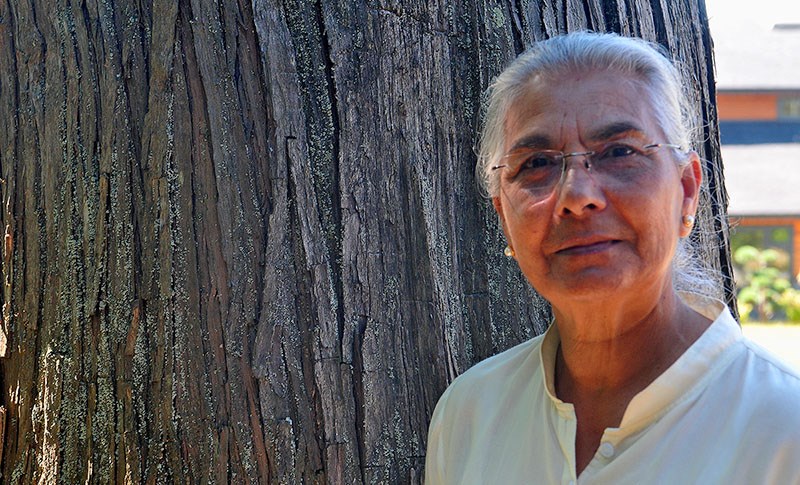 Coquitlam resident Abnash Kaur Gill wants more South Asians to get out and enjoy what the community has to offer. This year, she started two social clubs at Dogwood Pavilion as well as a friendship forum — designed specifically for South Asian seniors and their families.JANIS CLEUGH/THE TRI-CITY NEWS

Abnash Kaur Gill doesn't get it.

When she and her family moved from England to Coquitlam in 1973, she took some time to get settled.

But after they became acquainted with their new life, Kaur Gill jumped right into the local scene and got active.

Now, the author is reaching out to other immigrants, hoping they will come out of their shell and be part of Canadian society, too.

Earlier this year, Kaur Gill started two social groups at Dogwood Pavilion — tailored for South Asians. Both meet monthly at the Coquitlam seniors facility to talk about what's going on in the city and how to join in.

And in April, she began a friendship forum at Dogwood to cast a wider net of multicultural backgrounds.

Kaur said she often struggles to get new Canadians to come out of their homes to connect.

Her breaking point came last year as the municipality hosted its 125th anniversary at the inaugural Kaleidoscope Festival at Coquitlam Town Centre Park. "The ethnic population was very low especially from my own community," she bemoaned. "I thought to myself, 'I have to do something about this.'"

Kaur Gill said much of the isolation is self-inflicted.

Most South Asians speak English but when they go out, they tend to gravitate to Surrey, where there is larger contingent.

Instead, she wants them to learn about their hometown, its landmarks and special gatherings.

She points to her own Maillardville street, where South Asian neighbours have rattled off dozens of excuses about not participating; however, sometimes an invite can do wonders — just as it did for her years ago, she said.

"They just need someone to say to them, 'Please come, if you can.'"

Kaur Gill is making small steps with her public appeal.

In 2011, she was part of the New Horizons for Seniors committee that published Coquitlam Then and Now and, in 2015, she laid the first wreath at the Coquitlam Remembrance Day service to pay tribute to the Sikh soldiers who served in the Canadian Army.

"Our history runs deep in Coquitlam," Kaur Gill said of South Asians. "It's about time that we acknowledge that and be part of Coquitlam's future."