Design work to begin on Port Coquitlam crossings
May 17, 2018 1:18 PM By: Diane Strandberg 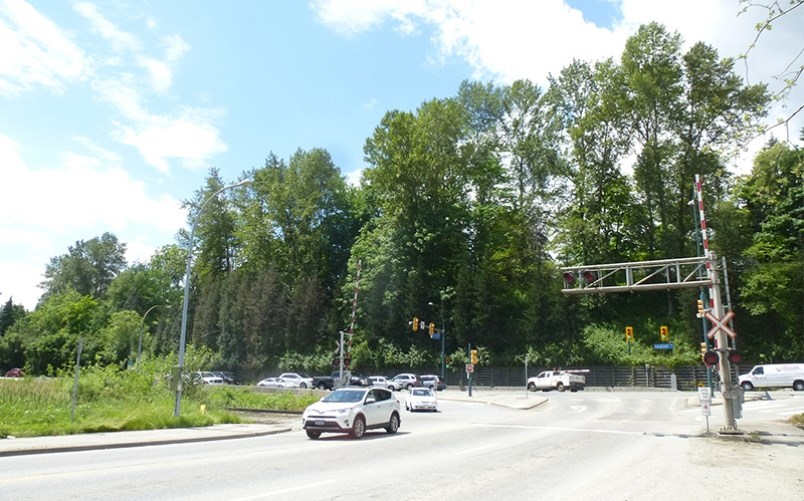 Design work will begin on a rail crossing to separate cars from rail traffic at Pitt River Road, one of several projects for which federal funding was announced Thursday.

Waiting for trains in Port Coquitlam and Coquitlam could one day be a thing of the past thanks to federal infrastructure funding announced this week.

The federal transportation minister, CP Rail and the Vancouver Port Authority announced on Thursday a $55.8 million federal infrastructure grant for four projects, including two in the Tri-Cities that will separate cars from trains and provide upgrades to rail lines to improve goods movement and reduce traffic gridlock in the region.

The money means design work can start on separating road and rail traffic at Westwood Street and Kingsway Avenue and overpasses at Pitt River and Colony Farm roads at Lougheed Highway.

“To me it represents a significant step forward — there were a multitude of projects across the country that were all competing for the same amount of money and for these two projects to get the green light to go forward is a cause for celebration,” said Brad West, acting mayor of Port Coquitlam, who attended the press conference.

Work will benefit drivers in both Port Coquitlam and Coquitlam, including those traveling along the narrow Lougheed Highway corridor, but the impetus is improving rail traffic so goods can move more efficiently between the Vancouver port and Canadian cities, West acknowledged.

“The real impetus for this comes from the port and CP Rail to expand their ability to get goods to market and to ensure that they have enhanced capacity,” West said.

For many, waiting for trains to pass is an inconvenience and a long-standing grievance for Tri-City residents, but it could be years before any work gets done. That’s because the design and feasibility of the project is expected to take some time as many groups need to be consulted, in addition to the Kwikwetlem First Nation, the cities and the provincial government, and construction funds need to be secured.

Ron McKinnon, Liberal MP for Coquitlam and Port Coquitlam, said the work will result in “tangible improvements in traffic flow and congestion.”

The projects announced are as follows:

• Upgrade of the existing Westwood Street and Kingsway Avenue intersections at the railway corridor to separate road traffic from rail traffic on the municipal boundary between the cities of Coquitlam and Port Coquitlam;

• Design work to raise Pitt River Road and Colony Farm Road to create overpasses of the existing rail corridor (and Lougheed Highway) that will allow for a new 5 km-long section of track that will pass beneath these two crossings permitting trains to travel in both directions along the Canadian Pacific in the city of Coquitlam; and

• Improvements at the existing Canadian Pacific railway overpass at Mountain Highway that include lowering the roadway to provide additional clearance for oversized cargo traveling under the railway bridge in North Vancouver.

These projects are expected to have significant economic and employment benefits by creating an estimated 550 jobs during construction.

Once the design work is completed the Vancouver Port Authority, which is leading the project, will have to apply for another round of funding for construction through the National Trade Corridors Fund.