Get a shot, score a Coquitlam Express ticket

The Coquitlam Express hockey team is offering a voucher for a free ticket to a future game to Tri-City residents who show they've received their COVID-19 vaccine.
May 6, 2021 1:00 PM By: Mario Bartel 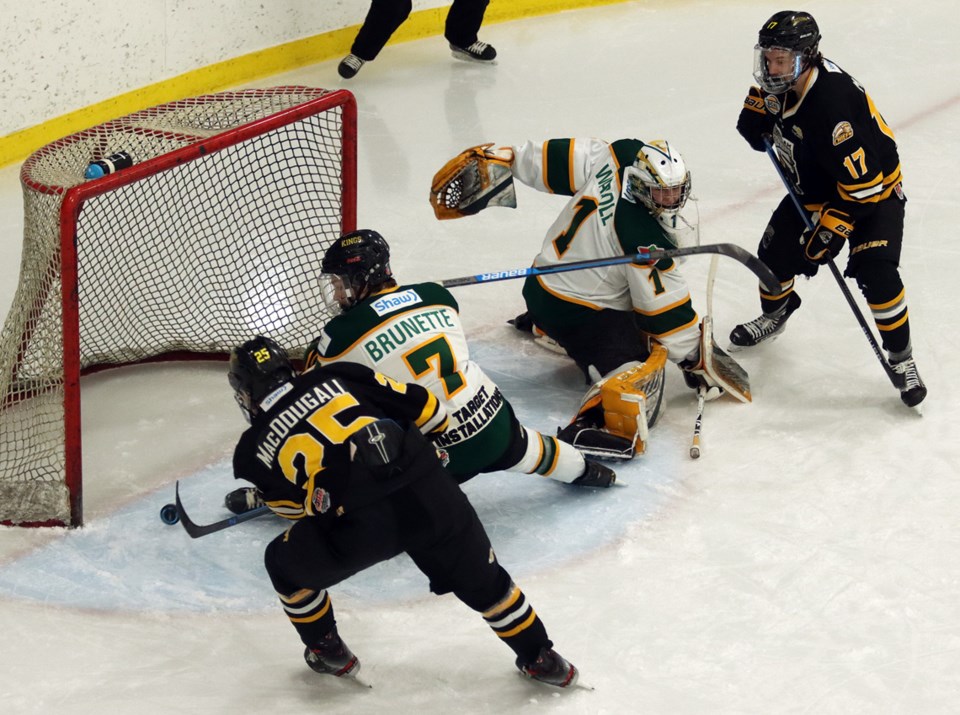 The Coquitlam Express has been playing out of the Scotia Barn in Burnaby during the team's five-week pod season that wraps up this weekend.MARIO BARTEL/THE TRI-CITY NEWS

It’s been more than a year since Coquitlam Express players heard the cheers of fans in the Poirier Sport and Leisure Complex.

Now the team is hoping to encourage a return of spectators in the seats and a regular BC Hockey League season by offering a ticket voucher to a future game to Tri-City residents who’ve received their COVID-19 vaccine.

“The importance of getting vaccinated is so that we can get back to normalcy,” said Express general manager Tali Campbell in a press release. “For us, that means reopening our arena to get fans back in the building.”

The Express is heading into the final weekend of the BCHL’s five-week pod season in which teams have been grouped with regional rivals at five central locations around the province.

Coquitlam has been hosting the Surrey Eagles and Powell River Kings at the Scotia Barn in Burnaby after Poirier wasn’t made available as the ice had to be removed for lacrosse and parking had to be set aside to accommodate the Fraser Health vaccine centre across the street at the Poirier Forum.

The team has five wins, 10 losses and three overtime losses in 18 games.

But fans haven’t been able to see any of those as the building is closed to spectators.

That was also the case during last fall’s exhibition season where teams were able to play in their home arenas and travel to other buildings in a modified schedule of regional games.

That schedule, however, was suspended due to public health orders in early November for teams playing in the Fraser and Vancouver Coastal health regions — then extended to the rest of the league a week later.

The Express amassed eight wins and three losses in the 11 exhibition games it played from Oct. 2 to Nov. 7.

Campbell said while sports teams in the province still have no certainty when spectators will be allowed to watch them play, let alone when they’ll be able to travel again, ensuring everyone gets vaccinated at least provides a path forward.

Earlier this week, though, British Columbia’s chief medical officer, Dr. Bonnie Henry, said it’s unlikely any events that include large gatherings of people will be allowed to happen into the fall.

That’s already resulted in the cancellation of late summer’s Pacific National Exhibition as well as live performances at Vancouver’s Bard on the Beach festival that runs into the fall season.

Campbell said providing encouragement for everyone to get vaccinated might help speed that timeline along, adding fans can claim their voucher by sending a photo of their vaccination card to tali@coquitlamexpress.ca, or delivered in person when the team reopens its office on Poirier Street in August.