'Go back where you came from' comment worries Coquitlam mayor

Exchange over a broken berry branch on a trail in Minnekhada Regional Park gets heated; mayor says more needs to be done to deal with racism
Jun 29, 2020 3:58 PM By: Diane Strandberg 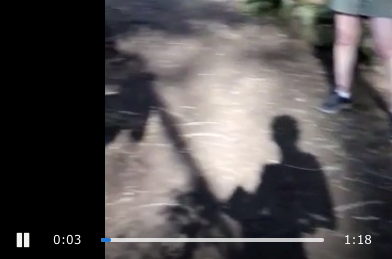 Coquitlam's mayor, Richard Stewart, was tagged to a Facebook post showing an exchange between three women on a trail in Minnekhada park, which got heated, prompting one of the woman to say 'go back where you came from.'Screencapture

Thousands have viewed a video of what some are calling a racist “Karen” calling out two young women for breaking off a branch of huckleberries in a popular regional park in Coquitlam.

Originally posted to Facebook and subsequently on Reddit, the video shows a woman chastising the girls for breaking off the branch to get berries while the girls tell her to mind her own business.

A “Karen” is a derogatory term for a white woman who complains about something and whose tirade gets posted to Twitter, Facebook and, in this case, Reddit.

The exchange, on a trail in Minnekhada Regional Park, gets heated when the woman tells the girls to “go back where you came from if you want to use words like that.”

It’s at that point that the conversation turns into an argument of origins, with the girls saying they were born in Canada and the woman admitting to being born in the U.S.

At one point, the girls call the woman a “colonizer” while she calls them “twits.”

For Coquitlam’s mayor Richard Stewart, who was tagged in the original Facebook post by a mother of one of the girls early this morning, the entire exchange was unfortunate.

“From my perspective, nobody says ‘go back to where you come from out of anger.’ I was heartbroken over it.”

While he agreed that the branch from a native species shouldn’t have been broken, he said people need to be more careful about what they say, especially during these challenging times.

Stewart said issues currently being raised by Black Lives Matter protests, even in the Tri-Cities, need to be dealt with. He agreed the city has a role to play in promoting greater understanding between people of different heritage and racial backgrounds.

While Port Coquitlam has recently established an anti-racism roundtable, Stewart said Coquitlam has had a multicultural committee for years, and dealing with issues of racism and celebrating diversity has been its primary function.

However, he agreed the city could do a better job of dealing with issues of racism and discrimination against Indigenous people, and LGBTQ issues, and that starts with an understanding that Coquitlam is “not immune” from racism, he said.

Still, Canada’s issues are different from those in the U.S., Stewart said, and it’s important to recognize that Indigenous people and people of Asian heritage are more likely to face racism here.

He would like to see a professional panel bring groups together to talk about some practical solutions, including how police deal with groups that are often marginalized.

“When people set aside their differences and try to work together toward a solution, good things happen, it’s when people aren’t talking when you have situations where there’s harm,” said Stewart, pointing to the Minnekhada Park exchange caught on video as being an example of the kind of situation that cannot be tolerated.

“That was such an unfortunate, disappointing comment,” Stewart said.