Half of British Columbians worried about feeding families but praise leaders: poll

Despite the financial strain, provincial and federal leaders receive top marks in how they have handled the crisis.
Mar 28, 2020 4:15 PM By: Stefan Labbé 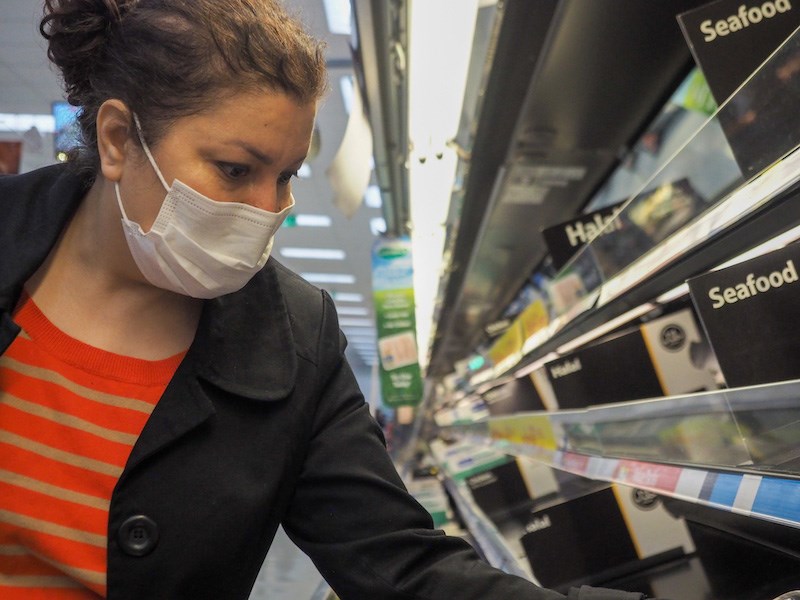 Benaz Taali or Coquitlam scours the empty meat shelves at Coquitlam Centre's Wallmart, March 17. Taali, who worked at the Hard Rock Casino in Coquitlam has been out of a job with a family to feed since all casinos in the province shut down to stem the transmission of the COVID-19 virus. "I can't believe it's come to this," she said.Stefan Labbé

How have you been affected by the coronavirus outbreak? We want to hear your questions, stories and concerns. Here's how you can get in touch?

British Columbians are facing massive pressures due to the COVID-19 outbreak, but according to a new survey, that's done little to sour their view of those leading the response.

A recent Insights West poll found 17% of B.C. residents have lost their job, 30% have had their work hours reduced and 54% are concerned about household expenses. Even more dire, nearly half (49%) say they are worried about being able to put food on their table.

Over the last 15 days, the pollster found a spike in the number of people who are closely following the crisis, 70% compared to less than half (48%) two weeks ago.

And when it comes to how leaders are handling the crisis, several received top marks. Provincial health officer Dr. Bonnie Henry lead the pack with 79% of respondents saying she has done a good job. Nearly three-quarters (72%) said Minister of Health Adrian Dix has been doing a good job while Premiere John Horgan and Prime Minister Justin Trudeau received a 65% and 67% approval ratings, respectively.

British Columbians, however, were split over how mayors across the province were responding to the crisis. Less than half (49%) said they were doing a good job, while 28% weren’t sure how to rate their response at this point.

B.C. residents were equally split over how B.C. will bounce back, with slightly more than half believing school will be back in session by September.

“Prior to this crisis, our polling results have shown over time that about 35-40% of the population has been financially vulnerable, and this tidal wave of bad news has reached even further than that, affecting citizen’s ability not only to pay rent and household expenses—but to also put food on the table. The repercussions are here for a very long time, unfortunately,” said president of Insights West in a press release.