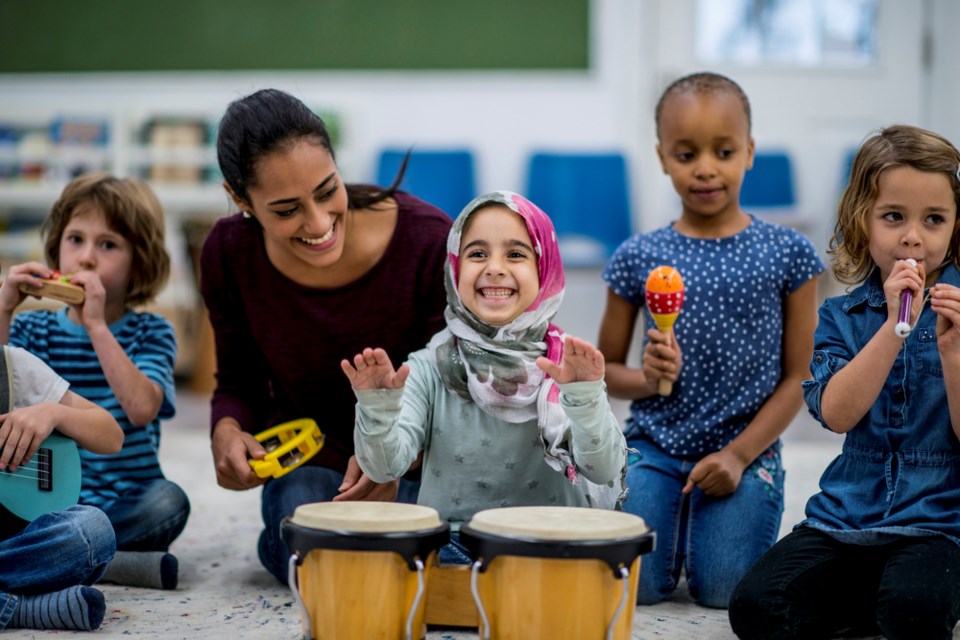 Understanding the issues behind racism in the Tri-Cities and beyond is the goal of a 21-day challenge launched by parents of students at Coquitlam, Port Coquitlam and Port Moody schools.

Beginning March 1, families are encouraged to participate in the Racial Equity Habit Building Challenge, which provides activities that adults can do with their kindergarten to Grade 12 kids to discuss complex issues around racism, power and privilege.

It’s also open to the wider community, according to organizer Tara Lyons, an executive with the SD43 District Parent Advisory Council, who said anyone can join the Facebook group if they want to know about how to address issues of racism in the community and local schools.

Headlines about racism in the United States and B.C. — which has prompted local marches, protests and a heightened awareness about the issue — are the backdrop to efforts by parents to reboot the parent council’s multi-cultural committee into one tackling racism and equity.

And while the group didn’t start the challenge because of any problem with racism in School District 43, Lyons said she heard from parents that they wanted to know more about how to deal with the issue.

She said the group reached out to Eddie Moore Jr., a scholar and educator whose work helps individuals and organizations examine issues of privilege. In a Zoom meeting, the U.S.-based motivational speaker said he was delighted that Coquitlam area parents were doing a 21-day challenge based on a program he started.

Lyons agreed that discussions that arise from the activities may be difficult given the sensitivity of the topics and the way they might prompt an individual to re-think their point of view but she said that is the goal of the exercise.

“It can be uncomfortable but that’s a sign that we’re on the right track. Any time we learn, we grow,” said Lyons.

And while a recent racist post on the video app Houseparty — dealt with by School District 43 when it came to light — wasn’t the motivator, Lyons said the goal is to make both schools and the community safer for children to grow up in.

“I think those conversations of racism start at home and it starts young. My kids are quite young — four and seven — and we talk about it all the time, and their responsibilities as white children and how they should to stand up when they hear something wrong.”

Future programs envisioned by the parent group include dealing with issues of discrimination related to gender and sexual orientation as well as any kind of oppression, said Lyons, who is a parent in what she describes as a queer family, with two moms.

“We really want to do that to support these issues through collaboration and education,” said Lyons.

The activities in the 21-day challenge range from reading stories and articles about Black Lives Matter, learning about white privilege and how power works to stop people from speaking out, understanding implicit bias and reading books by Indigenous and Asian authors. Resources, including videos and podcasts, are aimed at all ages, and families can choose what they want to do each day.

Lyons believes the Racial Equity Habit Building Challenge will open people’s eyes at the same time as providing a way to begin discussions on these important topics.

“My sense from what we’ve heard from parents is that they don’t know how to get those conversations started when children are quite young,” said Lyons, who is helping to organize the challenge along with Rosey Manhas and Judith Obatusa.

“We see it as adding to the community and taking what we’ve heard from parents that they want some resources. If we can help support parents and families, we’re happy to do that in any way.”