With heavy rainfall expected and the Fraser River at a high level due to the spring freshet, people are cautioned to stay clear of local creeks, streams and rivers
Jun 30, 2020 5:57 PM By: Diane Strandberg 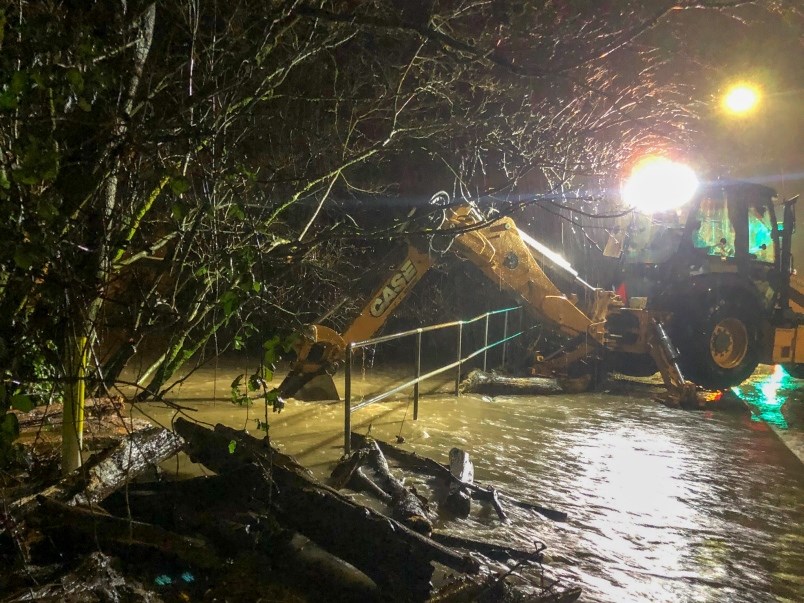 Flooding is not expected as in this January rain storm, but high stream flows during the spring freshet, worsened by forecasted rains, are expected to make local rivers, creeks and streams run fast, and, possibly be dangerous to those walking near them.

Enjoy your Canada Day walks but stay away from high-flowing creeks, streams and rivers.

That’s the warning as the BC River Forecast Centre has issued a High Streamflow Advisory for the lower Fraser River.

This means river levels are rising or expected to rise rapidly.

However, no major flooding is expected although minor flooding in low-lying areas is possible.

The Fraser River at Mission reached its highest level of the season of 5.91 m (08MH024) on Monday morning. Flows and water levels are beginning to recede; however, another heavy and basin-wide rainfall event is forecast for Wednesday through Friday. The storm event has potential to significantly increase flows for the Lower Fraser early next week, according to the advisory.

The public is advised to stay clear of fast-flowing water courses and potentially unstable riverbanks during the high-stream flow period.

This is part of the annual spring freshet that occurs in B.C. during May and June when accumulated snow at higher elevations begins to melt causing rivers to rise.

Currently the City of Port Coquitlam is monitoring the weather forecasts and river levels and proactively taking steps to prepare for the safety of residents and businesses should flooding occur.

Late Tuesday, it sent out a notice reminding residents that it has a number of flood mitigation plans in place, including;

• Preparing and disseminating flooding and flood preparedness information to the public;

• Liaising with other government and utility organizations;

A significant proportion of Port Coquitlam is in either the Fraser River or Pitt River flood plain. However, the City raised the dikes in the community in 2007.

A variety of flood preparedness resources, including flood plain maps, are available at www.portcoquitlam.ca/flood.

In January, high water flows resulted in the flooding of six homes in Port Coquitlam.