How will Gallery Bistro rise from the ashes? 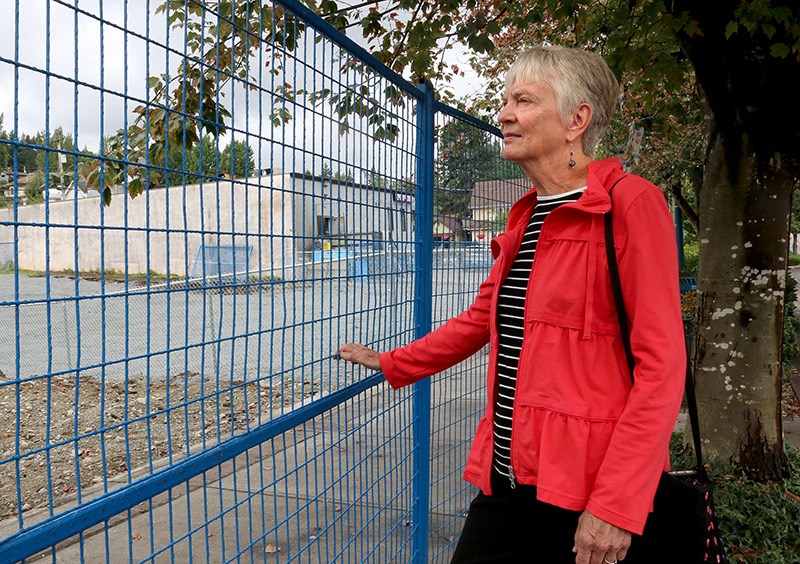 Helen Daniels visits the spot on Clarke Street where her Gallery Bistro was located until it was destroyed in a fire July 28. Daniels and her husband, Rainer, are soliciting ideas for rebuilding the property.MARIO BARTEL/THE TRI-CITY NEWS

The Gallery Bistro is getting ready to rise from the ashes.

After more than six weeks dealing with the pain of losing her beloved business to a fire July 28 while she was celebrating her birthday, as well as insurance settlements, Helen Daniels said she’s ready to move forward.

She and husband Rainer Daniels are still trying to decide whether to rebuild. To move that process along, as well as to ensure a reborn Gallery Bistro could be everything Port Moody cherished about the little restaurant/art gallery/concert venue/discussion forum/creative cauldron/gathering place/etc., they’re gathering ideas for the parcel of property they own between Clarke and Spring streets.

The walls of the Gallery Bistro may be gone, demolished a week after the Sunday evening fire that also razed the old Roe and Abernathy grocery store next door, but its spirit endures, Daniels said.

In fact, many of the cultural happenings — like Monday night jazz concerts, the Philosopher’s Café, meetings of creative people and book readings — that made the restaurant a hub for the city’s arts community have found temporary purchase at other venues. Rebuilding will assure them a permanent home.

“We need to fill this void,” she said. “It’s about recreating something here that is for the benefit of the community.”

The Daniels have enlisted CityState Consulting Group, which is based in the historic P. Burns and Co. butcher shop, which is also owned by the restaurateurs, to gather input through its website with the goal of distilling some of the community’s ideas into a vision for the property’s future.

Daniels said a reborn bistro could be part of that, as will a renewed effort to animate Clarke Street to attract visitors while reinvigorating the area’s historical ties. There could also be a complex of micro artists’ studios at the back of the property with expansive garage door openings to encourage pedestrians to drop in to watch the artists at work, and to allow the artists to better showcase their work.

Daniels said it’s all about reinforcing Port Moody’s identity as the City of the Arts, a slogan she helped devise a number of years ago when she served on a civic committee.

“I think I’d like for us to be setting an example for the arts community,” she said.

The city’s emotional connection with the arts became apparent in the fire’s aftermath, Daniels said. Artists who’d moved on long after their budding careers sprouted at the bistro reached out, alternate venues like the Royal Canadian Legion offered space to hold events, even old customers gave words of encouragement.

“There was such an outpouring of support, it was overwhelming to feel,” Daniels said, adding that giving the community a say in the bistro’s reincarnation honours that love.

• To learn more about the future of the Gallery Bistro, and to offer input, go to www.citystate.ca/gallery-bistro-2411-clarke-st.html.

09/20: Clarified story that the Daniels have not yet decided whether to rebuild.