"They put me to work," joked the Liberal leader on social media, who is hoping not to have to make a job change after Sept. 20.

Liberal leader Justin Trudeau tried his hand at a new career Wednesday night while making a campaign stop in Surrey.

"They put me to work in Cloverdale today — and I hope that on September 20th, Cloverdale–Langley City votes to put John Aldag to work in Ottawa," reads Trudeau's Instagram post with the photo-op.

Aldag is looking to regain the seat, which flipped over to the Conservatives in 2019, when Tamara Jansen won by a narrow margin over the then-incumbent Aldag, who had held the seat since 2015. 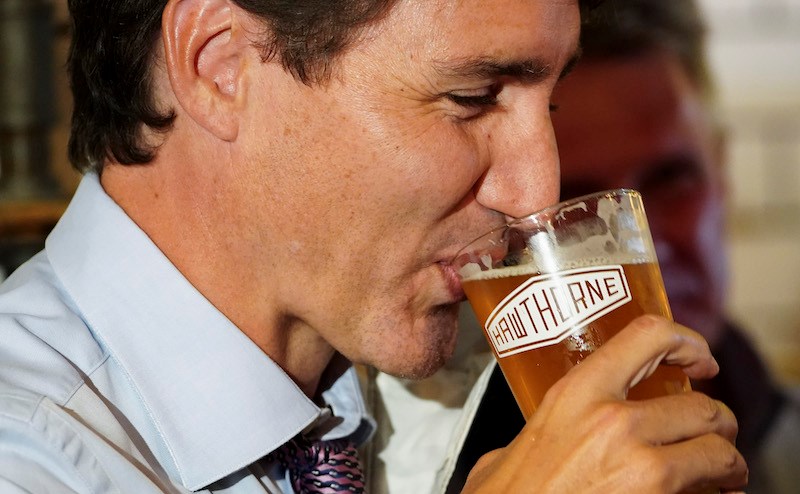 Liberal Leader Justin Trudeau drinks a pint of beer as he makes a whistle-stop at the Hawthorne Beer Market in Surrey, B.C., on Wednesday, Aug 18, 2021. . By THE CANADIAN PRESS/Sean Kilpatrick

Earlier in the day, Trudeau was to the west in the more Liberal-friendly Vancouver. During a press conference at the Vancouver Convention Centre, Trudeau started his second day on the campaign trail in Vancouver to discuss his party's plan to fund wildfire efforts in the province.

For his brief tenure as a working stiff, Trudeau was compensated with a brew. "Thanks for the pint," he said to the Surrey bar-restaurant on Instagram.

Conservative Party's Erin O'Toole has Metro Vancouver millennials in his sights
Aug 19, 2021 9:00 AM