Kick for a Cure kicks off Saturday 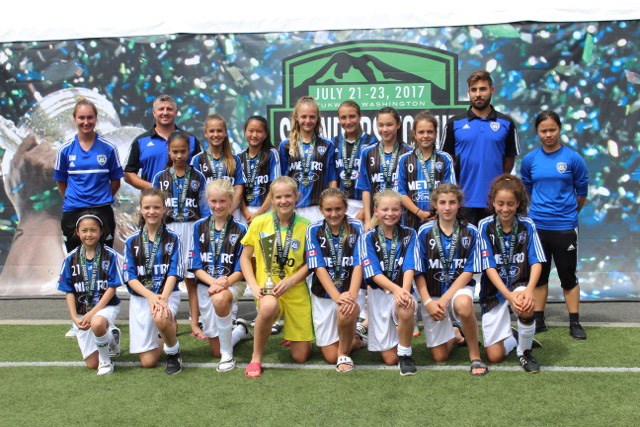 When Gloria Cuccione looks out over the Kick for a Cure event at Coquitlam’s Town Centre Park each year, she sees a lot of people having fun.

She also sees results — and not soccer scores on the pitch.

They’re results in hospitals, in the research lab and in people’s lives.

Kick for a Cure — the 11th version will be held Saturday, July 6 from 9 a.m. to 6 p.m. — raises money for the Michael Cuccione Foundation. It was founded to honour Gloria’s late son Michael, an actor and cancer awareness activist who died at the age of 16 after battling cancer and complications related to the disease since he was nine.

The treatment attacks cancer without the need for chemotherapy or radiation. But leukemia and lymphoma patients had to go south at a cost of up to $250,000 to get it because it wasn’t covered in British Columbia. The foundation, she said, provides the means for B.C. kids to go south.

“It gives complete new hope for our children,” said Cuccione. “This has such promise to go into many other cancers and many other diseases. It’s one of the most promising clinical trials in the time we have been raising money.

“Our research team is completely taking this on. When scientists get excited about something that says a lot.”

Kick for a Cure begins with the adult tournament and the Domenic Mobilio youth invitational tournament at 9 a.m. (Mobilio was a Vancouver Whitecaps and Canadian national team striker — and Michael Cuccione's cousin — who died from a heart attack in 2004.)

A soccer clinic for kids aged four to 11 starts at 10:30 a.m. and is run by Coquitlam Metro Ford Soccer Club Academy coaches and members of the Whitecaps.

As well, Kick for a Cure features a fun zone, bubble soccer, food, live bands, a beer garden and all-day entertainment for everyone, including those not participating in the tournaments or the clinic. Organizers will even have big-screen televisions on site for everyone to watch World Cup matches.

“It’s a fantastic day. There’s literally something for everyone. We’ve got something in every corner,” said Cuccione. “It’s like Christmas in July.

“It’s just grown into one of the biggest community events we’ve ever done. Like my son said, one person can only do so much but together we can make a difference.”

“Even if I get two cents it makes a difference,” said Cuccione.

The results, however, should be a lot more than that.

• For more information on Saturday's event, go to kickforacure.ca.