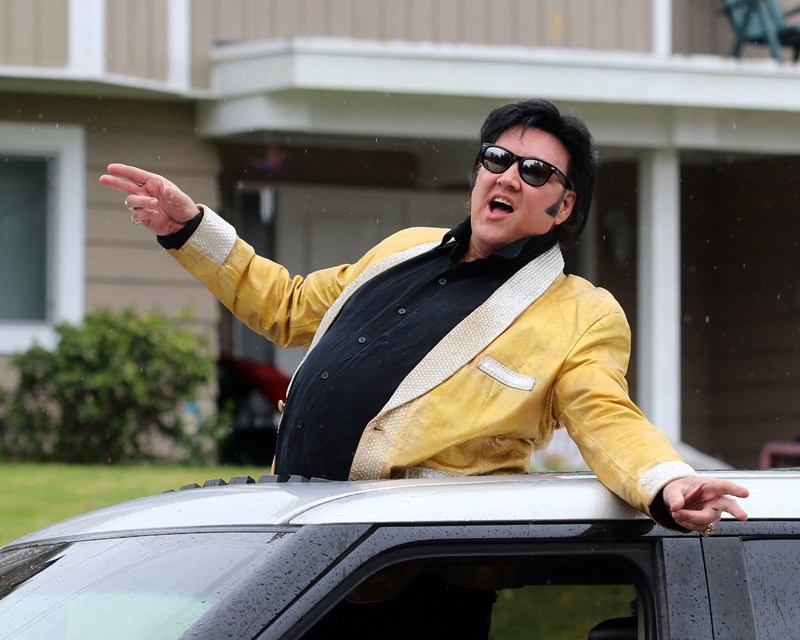 It took a pandemic to revive Elvis.

Or, at least, one of his impersonators.

For 30 years, Coquitlam’s Darren Lee was one of the best tribute artists of the famed performer who died in 1977.

In 1997, Lee won the World Elvis Championship in Memphis, Tennessee. He played Las Vegas for 11 years, followed by a four-year run in Maui.

But then, a couple of years ago, a business partnership went bad and — long story short — Lee left the island and found himself back in British Columbia.

“My self-motivation at that point was pretty nil,” he said, adding the lack of gigs eventually neccesitated taking a job driving deliveries for a restaurant supply company so he could get back on his feet.

“Your voice has been singing for all these years, your legs are used to doing all these moves,” he said. “I’m older, but I’m not done.”

Opportunity knocked when Lee’s brother in Edmonton, Robin Kelly, launched Facebook Live performances of his own Elvis tribute act to weather the shutdowns of entertainment venues and large gatherings because of the COVID-19 pandemic. The two collaborated weekly, accepting tips by PayPal.

So he got in his car, popped some backing tracks into the stereo, rolled down the windows, balanced his phone on the console and went for a drive.

The rolling Facebook performances caught the attention of a friend in Port Coquitlam, who invited Lee to join her neighbourhood’s nightly 7 p.m. cacophony of appreciation for frontline workers. His guest appearance turned into an impromptu two-hour concert that only ended when his car’s battery died.

Even though the audience was no more than 10 people — all properly practising physical distancing — Elvis was back.

“It was the biggest audience I’ve had in months,” Lee said. “You want to get that applause. I thrive on it.”

Lee said he feels his temperature rising. In fact, he’s taking requests for guest appearances in other neighbourhoods. And his brain is flaming with plans to reinvigorate his career when the health emergency has passed.

• To contact Lee about a guest appearance in your neighbourhood, email him at darrenleeelvis@yahoo.ca.