Denigrating comments cleaned up, Brad West said, but people also need to call out racism when they hear or see it
Aug 12, 2020 3:31 PM By: Diane Strandberg 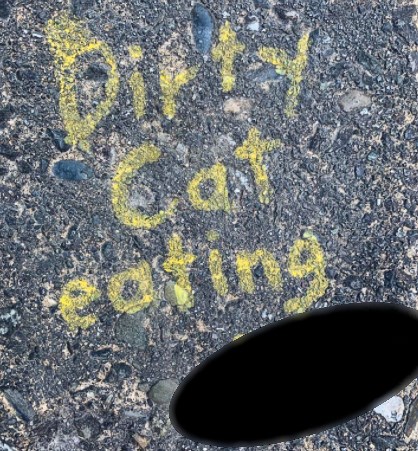 Some of the words of a racial slur that were scrawled on a concrete curb near a Port Coquitlam bike park. Someone spotted the graffiti and it was cleaned up by the city.Facebook

A racist slur written in yellow ink at a Port Coquitlam bike park is an example of why the city needs to tackle racism head-on, says the city’s mayor.

The comment denigrating a racial minority group was scrawled on a concrete curb at the Shaughnessy Street bike park.

It was spotted by a mother and her child and was immediately cleaned up, said Mayor Brad West.

“It was reported to me at 3 p.m. on Sunday actually and within two minutes of being tagged in the comment on Facebook I called the city manger and she immediately had it sent to our parks crew to dispatch a crew to remove it,” West said.

“There is absolutely no place in this community for that type of vile hatred. It important that the city be responsible and get on it right away.”

But West told the Tri-City News it’s important to call out racism and deal with it.

“There was a vey strong response from residents condemning that type of hatred and understanding that when we see samples of hatred or racism in our community we don’t ignore it we face it head on.”

He said fighting back against racism is everyone’s responsibility and the bike park vandalism shows how important it is for the city to tackle the issue.

Port Coquitlam is starting a new Roundtable on Equity, Diversity and Inclusion and expects to have 12 to 15 people participating, with committee members’ names revealed soon.

The first meeting will be held in September and one of the first tasks will be to establish an anti-discrimination policy for the city.

West said he was impressed with the calibre and expertise of the individuals who asked to be part of the group.

He said it’s important for people to understand that denigrating other people, including racial minorities is wrong, and even if it was a child and not an adult who penned the slur, the behaviour cannot be excused.