Port Moody's Station Museum wants to convert an old storage shed into a Men's Shed society to give local handymen a place to work on their personal projects, as well as their mental health.
Jan 12, 2021 3:05 PM By: Mario Bartel 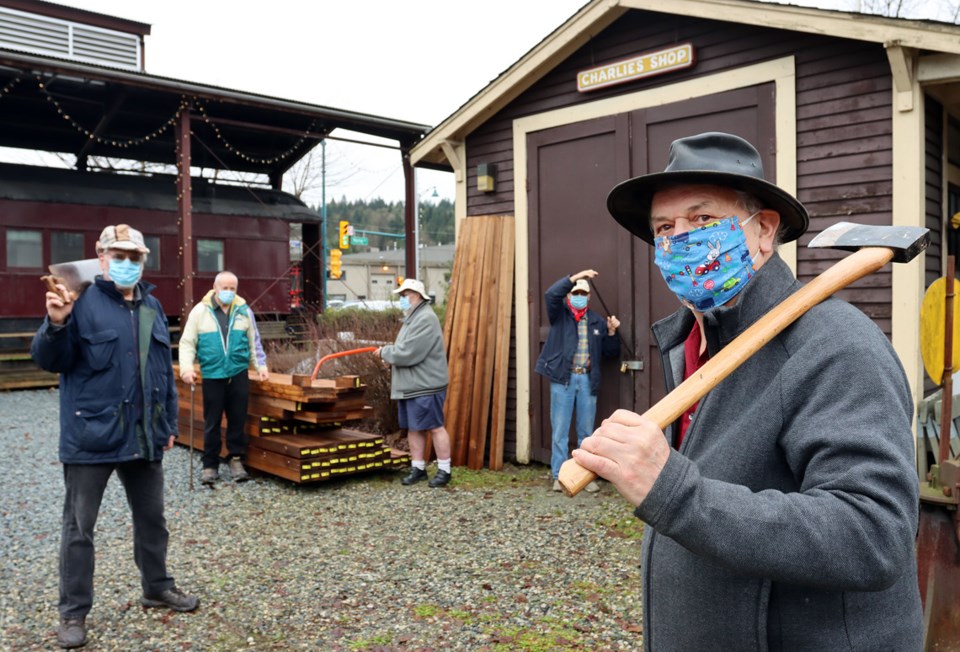 Port Moody’s Station Museum is looking to put the work back into the city’s working class roots.

Jim Millar, the museum’s executive director, is hoping to start a Men’s Shed society in Charlie’s Shop, a former workshed that once housed a lumber carrier when it was situated at the old Flavelle sawmill nearby.

Port Moody council is expected to consider the idea at Tuesday’s meeting.

A Men’s Shed society is a movement that started in Australia and New Zealand in the 1990s to provide gathering places for men to work on handyman projects, mentor and learn from each other as well as stay engaged with their communities.

Port Moody’s would be the 10th such society in British Columbia while there’s more than 1,000 in Australia. They’re also popular in Ireland and the United Kingdom.

Millar said the idea hatched from the city’s initiative to become more age-friendly by increasing opportunities for seniors to stay connected. That some of the projects members might tackle could help the museum is an added bonus.

Those projects include the construction of storage cases to be placed on the baggage cart in front of the old railway station that the museum occupies as well as raised garden beds and even hive boxes to encourage bees to move in and pollenate the gardens.

Activity at the shed could also provide new opportunities for programming and public engagement, Millar added. “It’s a win-win. It helps seniors and it helps the museum.”

Mike Jennings, the president of the Men’s Shed Association of B.C., said the workshops are as much about mental health as giving men of all ages a place to bring their tools and work with their hands.

Since a Men’s Shed was started in Coquitlam in 2015, its 30 to 35 members have completed projects like building little lending book libraries that have been placed around the city. Recently, they constructed a similar structure to allow local sewer Susan Walter to continue offering the facemarks she crafts from a stand in front of her home through the rainy winter months. They also help make minor repairs at the co-op complex that’s provided them space and is often the first home for newly arrived refugee families.

“There’s a tremendous amount of skill, knowledge and experience,” Jennings said of Men’s Shed members, adding they can range from carpentry to fabricating steel, to computer programming, electrical work and even boat building.

Millar said the hands-on nature of work accomplished by Men’s Sheds is a throwback to Port Moody’s earliest days when the city was built upon the toil of labourers working on the trans-Canada railroad and then the lumber industry.

“Port Moody was always a blue-collar town before it become a suburb,” he said. “It was the lumber mills that kept the city going after the railways left.”

Millar said the initial start-up cost of the Men’s Shed would be covered by a grant from the Vancouver Foundation. Members would do the work necessary to Charlie’s Shop to make it habitable as a workshop including upgrading the windows, doors, insulation and the construction of work areas. The structure already has electricity.

Millar said he hopes to get it up and running as soon as council gives its blessing.

2068
Search for missing Port Moody woman takes on ‘life of its own’
1594
'It's chaos': Massive search underway for missing Port Moody woman
1558
Everything you need to know about COVID-19 vaccines in B.C.
1252
'Administrative error' leaves some UBC students owing nearly $10,000 in tuition, due within days
959
'Clinically extremely vulnerable': Are you first in line to get vaccinated in B.C.?